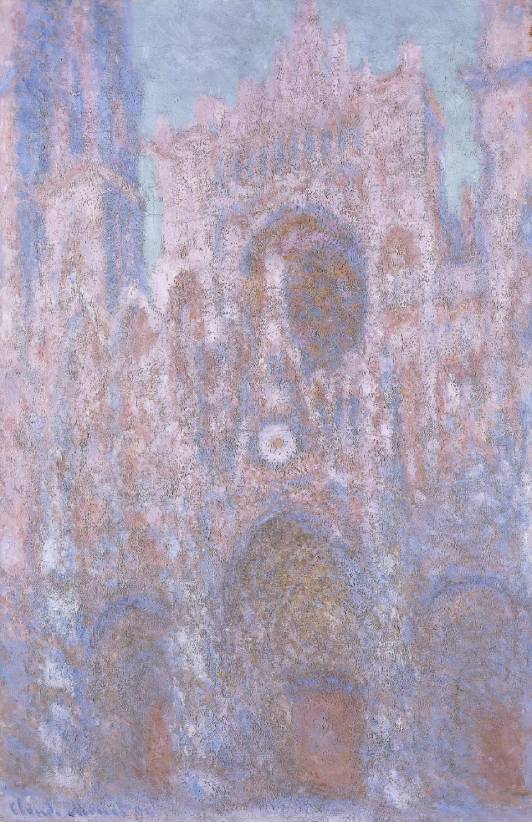 Working from the window of a milliner’s shop overlooking its facade, Monet began his series of over thirty views of Rouen Cathedral in February 1892. He returned in February 1893 and completed it at Giverny in 1893–94. This painting of the cathedral viewed by the light of the setting sun is one of twenty ‘Cathédrales’ exhibited to immense critical success at Paris in 1895. As a record of the ways in which light transforms the appearance of a motif, the series nears the limits of ‘scientific’ Impressionism. The 1890s were a decade of nationalist revival in France and Monet‘s choice of a great French mediaeval monument in the city where Joan of Arc was martyred implies a consciously patriotic purpose. The unusual frame of this painting, with historicising pilasters and the inscription ‘Cl. Monet’ in gothic letters, suggests that a previous owner perceived it as a nationalist symbol as well as a dispassionate record of light effects. Gwendoline Davies purchased this work at Paris in December 1917. (NMW)