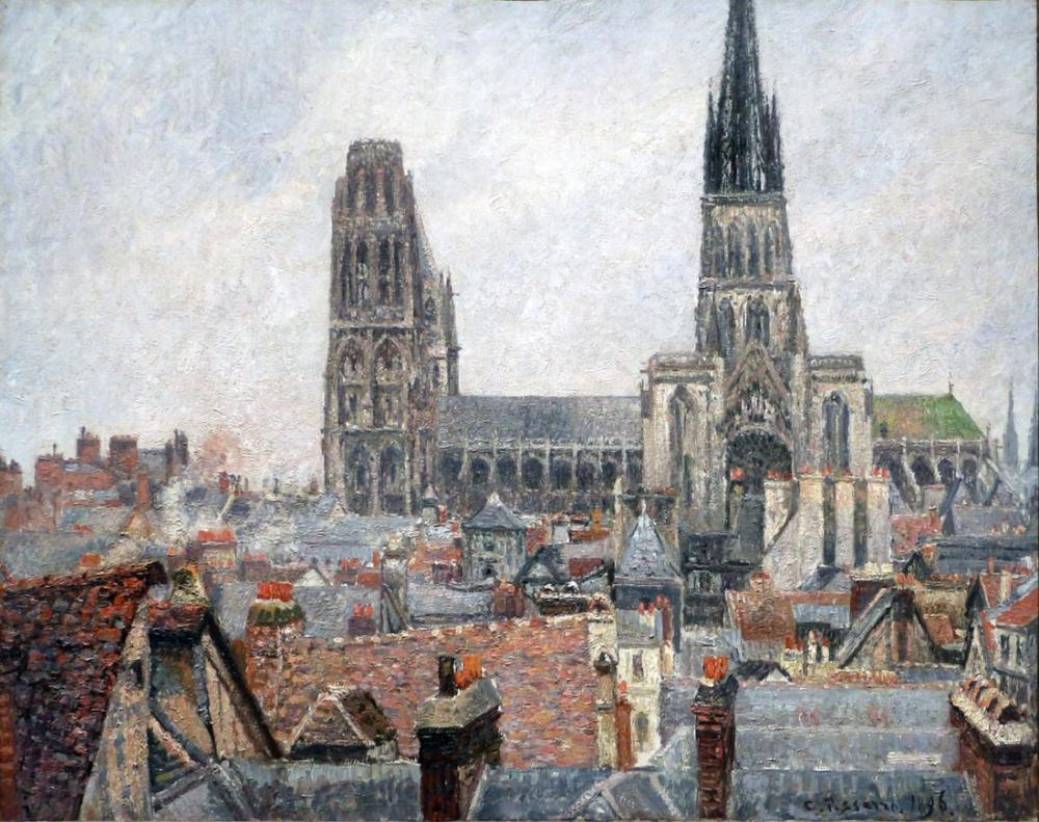 Camille Pissarro was suffering from a chronic eye infection that kept him indoors when he painted this view of the northern French city of Rouen through a window of his hotel (he died blind). As he wrote to his son Lucien, also an artist, in February of 1896, “I have found a really exceptional motif in a room of the hotel facing north . . . Just imagine: the whole of old Rouen seen above the roofs, with the Cathedral…and the fantastic roofs, really amazing turrets. Can you picture a . . . canvas filled with ancient, gray, worm-eaten roofs? It’s extraordinary!” (TMA)