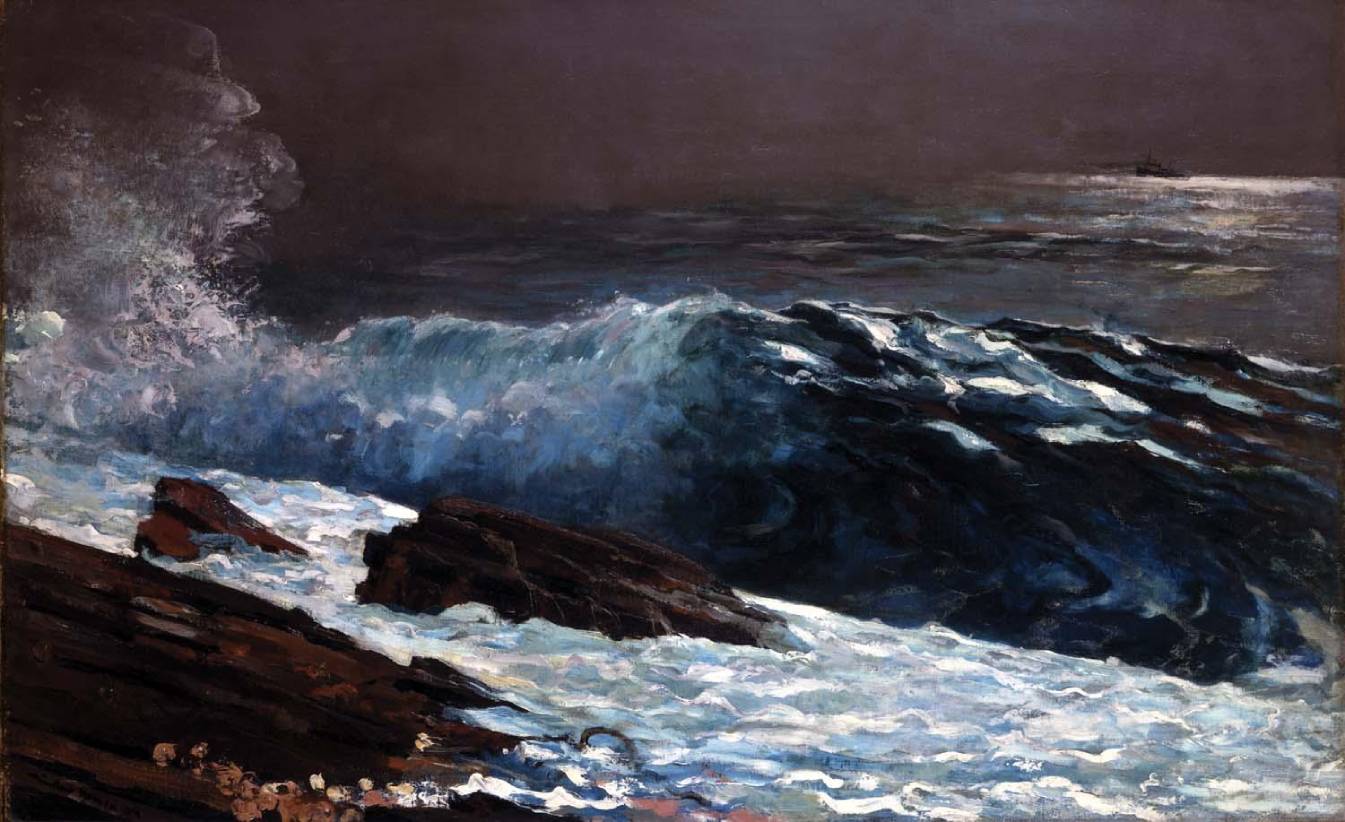 Winslow Homer skillfully conveys nature’s power with almost violent stabs and dabs of his brush representing waves crashing against rocks. Sunlight on the Coast—ironically titled, since the sun has struggled to break through the gloom of an approaching storm—was Homer’s first pure seascape in oils. From this point on he moved away from narrative subjects to primarily scenes of the sea in all its majestic force, painted outdoors.

In the late 1800s, critics cast Homer as the ideal American painter, a “rugged individualist.” His move in 1883 to Prout’s Neck, Maine, where he established a seaside studio, was seen as an admirable withdrawal from the noise and commotion of the city to devote himself instead to the solitary life of the artist. “The life that I have chosen gives me my full hours of enjoyment for the balance of my life,” Homer wrote. “The Sun will not rise, or set, without my notice and thanks.” (TMA)