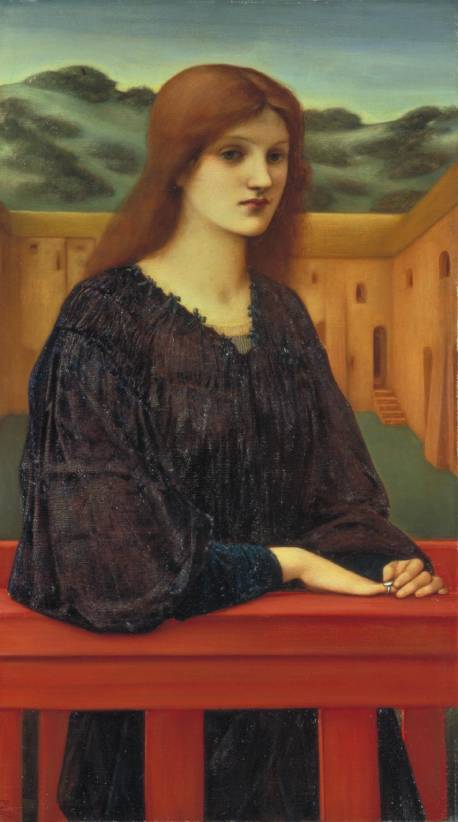 This picture evokes a mood of contemplation and stillness. Its Latin title means ‘Evening Quiet’. Burne-Jones is believed to have employed a model named Elizabeth Keene, who he invited to watch him work on the painting. She is seen in a three-quarter view leaning on a balustrade in a pose reminiscent of Italian Renaissance portraits. These had greatly impressed Burne-Jones on his second visit to Italy with John Ruskin, in 1862. (Tate)