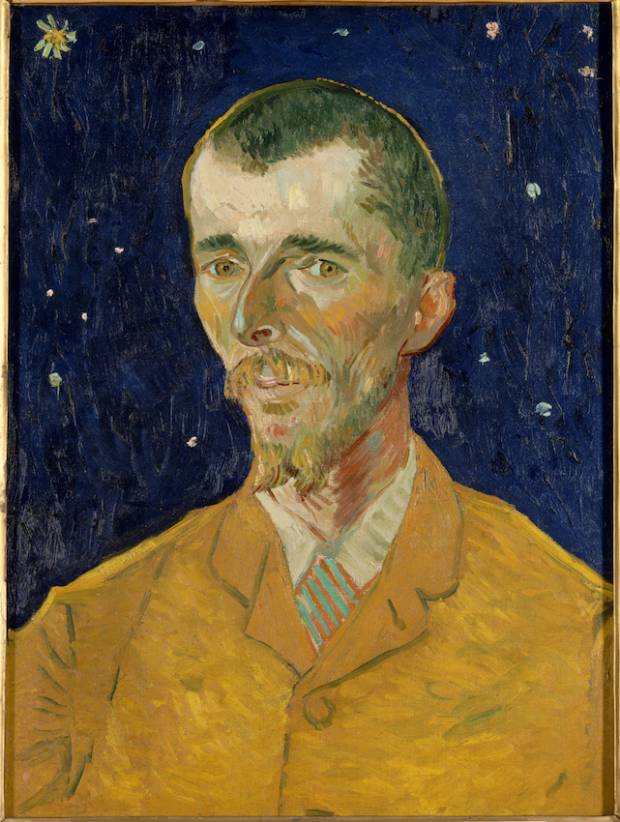 Van Gogh met the Belgian painter Eugène Boch (1855-1941) in mid-June 1888, while Boch was spending a few weeks near Arles. Around 8 July, Vincent mentioned Boch in a letter to his brother Théo: “I very much like the looks of this young man with his distinctive face, like a razor blade, and his green eyes”. On 11 August, his idea began to take shape: “I should like to paint the portrait of an artist friend, a man who dreams great dreams, who works like the nightingale sings, because it is his nature to do so. This man will be blond. I would like to convey in the picture my appreciation, the love that I have for him. So I will paint him just as he is, as faithfully as I can […]. Behind his head, instead of painting the ordinary wall of this shabby appartment, I will paint infinity, I will do a simple background of the richest blue, the most intense blue that I can create, and through this simple combination of the bright head against this rich, blue background, I will obtain a mysterious effect, like a star in the depths of an azure sky”. Two weeks later, Boch sat for Van Gogh. “Well, thanks to him I have at last the first sketch of this painting that I have dreamt of for so long – The Poet. He sat for me. His fine head with his green eyes stands out in my portrait against a starry sky of deep ultramarine; he wears a short, yellow jacket, a collar of unbleached linen and a colourful tie”. Although he only considered it to be a “sketch”, Van Gogh framed this work, which he called The Poet. We know that it hung for some time on the wall of his bedroom in the Yellow House, because it appears in the first version of The Bedroom (Amsterdam, Van Gogh Museum). (M’O)

The portrait in Vincent’s bedroom: 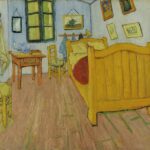