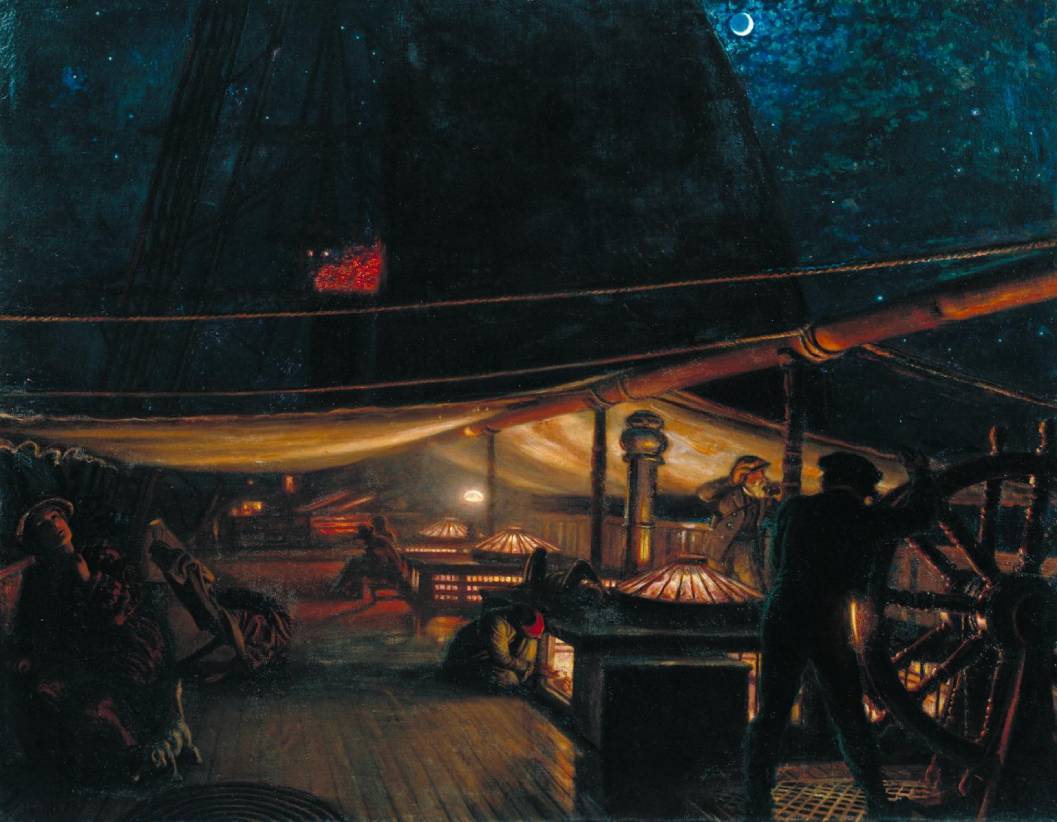 Hunt began this painting after a voyage to the East with his second wife, Edith. Unusually, he painted it largely from memory, rather than from life.The ship could be seen as a metaphor for Hunt‘s life and religious uncertainty. He wanted to suggest the idea of life as a journey ‘with no guidance from Him but the name of the port to be reached… nothing but the silent stars to steer by for the heavily freighted ship and no welcome till the land is reached’. Perhaps the woman is Edith and the man at the wheel Hunt himself. (Tate)