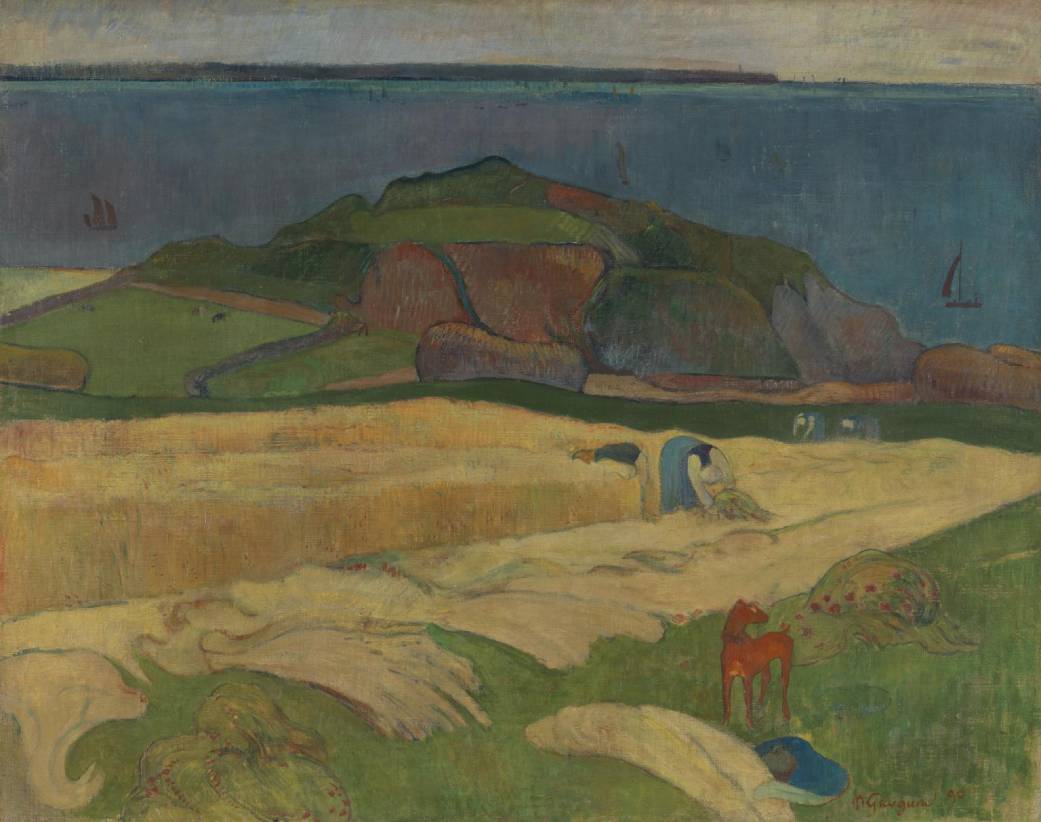 In 1890 Gauguin was staying at Marie Henry’s boarding house in Le Pouldu, Brittany. The headland in this painting is at the western end of the beach, about a mile from the village itself.  Gauguin painted other versions of this landscape, all of which are characterised by the strongly defined forms and flat areas of colour of his Synthetist style. He also used it in a simplified form for the background of his Symbolist work, ‘The Loss of Virginity’, painted in Paris in the winter of 1890–91 (Norfolk, Virginia, The Chrysler Museum). (NG)

Gauguin executed this harvest scene whilst staying at Le Pouldu in Cap Finistère, Brittany. He had been the central figure of a group of painters at the nearby village of Pont-Aven. Then in 1890 he moved to Le Pouldu in search of an even simpler way of life. By this time Gauguin had abandoned his early Impressionist manner. Influenced by folk art and primitive art, he began to use flat areas of colour and a distorted perspective in his paintings. The landscape and life of the peasant community inspired some of the most rugged and radically simplified works of his career. (Tate)