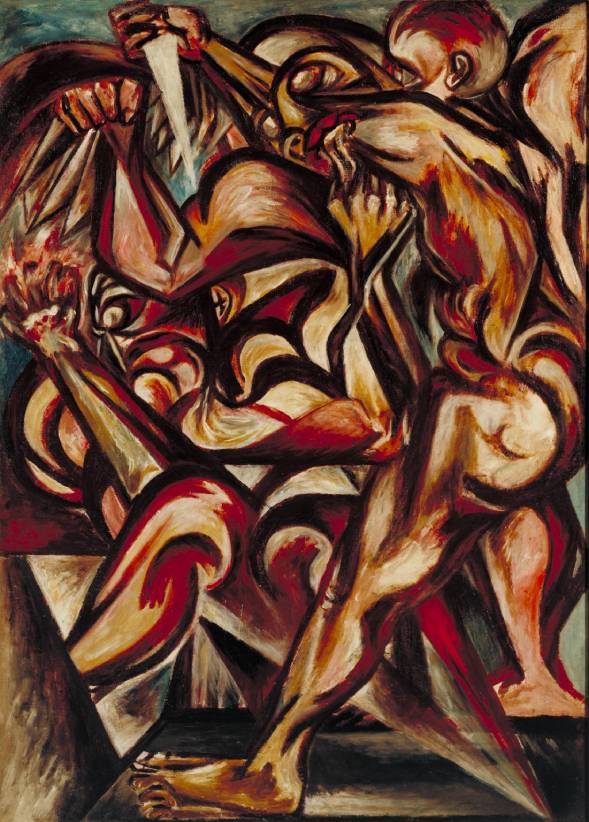 Pollock was beginning to find his own individual style when he made this work. The startlingly violent image of three interlocking figures was derived from a lost work by the Mexican painter José Clemente Orozco showing the fraternal struggle between Cain and Abel. Pollock’s exploration of the theme may reflect his interest in the archetypal myths explored in Jungian psychoanalysis. The subject may also refer to the Spanish Civil War and the Second World War, which engulfed Europe as America looked on with horror. (Tate)