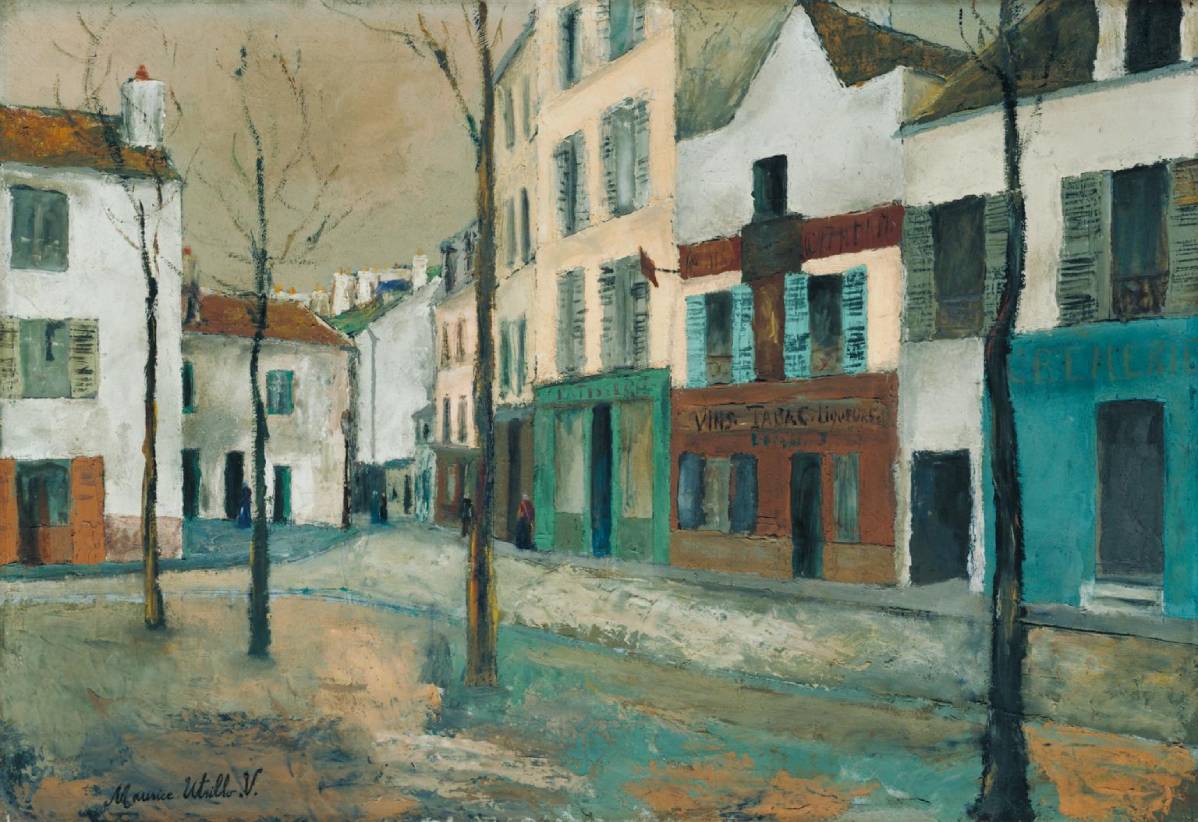 A view of the Place du Tertre on the Butte Montmartre in Paris, looking down the Rue Norvins.

There is strong evidence to suggest that this picture was painted from a picture postcard, though none has so far been traced that shows exactly the same view. Among Utrillo‘s other paintings of the Place du Tertre there is one, made at least twenty years later (Pétridès No.1406, as painted c.1932), which is so similar that both seem to have been done from the same picture postcard. The viewpoint is identical and the trees are in the same wintry, leafless state, but the later picture takes in a little more of the view at the top and the treatment is more precise and detailed. Certain minor differences suggest that Utrillo made a few compositional adjustments in painting the present work, for example by widening the low building second from left, so that it almost blocks off the side street, but in the later version followed his model more literally.

Tabarant relates that the collector Libaude (who took the greater part of Utrillo‘s production from 1909 to 1914) objected to Utrillo‘s untidy handwriting and that many of his pictures were signed for him by his mother Suzanne Valadon. She appears to have inscribed this picture, N04943 and N05143; they may be compared with N04780 and N05020, clearly signed by Utrillo himself. (Tate)