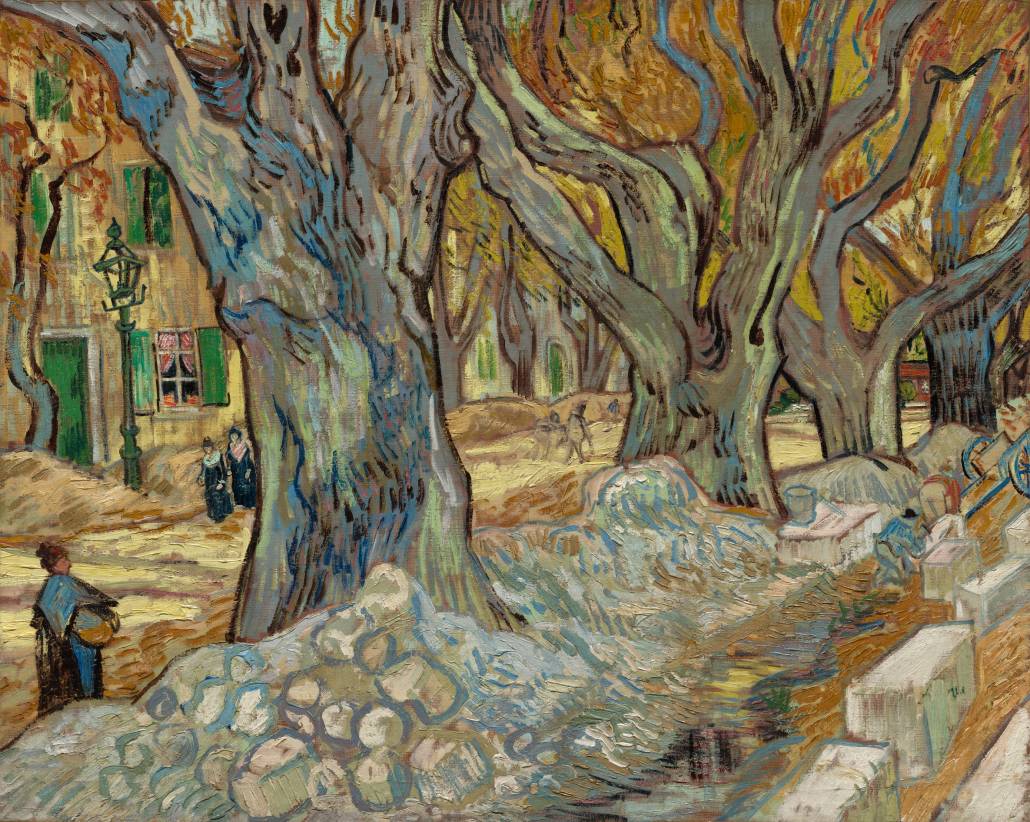 In 1889, after suffering a severe hallucinatory seizure, Van Gogh committed himself to an asylum near Saint-Rémy. While walking through the town that fall, he was impressed by the sight of men repairing a road beneath immense plane trees. Rushing to capture the yellowing leaves, he painted this composition on an unusual cloth with a pattern of small red diamonds, visible in the picture’s many unpainted areas. “In spite of the cold,” he wrote to his brother, “I have gone on working outside till now, and I think it is doing me good and the work too.” After painting this composition directly from nature, Van Gogh used it to produce a second version in the studio known as The Road Menders at Saint-Rémy. Painted on a traditional canvas covered by a ground layer, the second version is more restrained, the explosive yellows balanced by larger areas of cool color. (CMA)