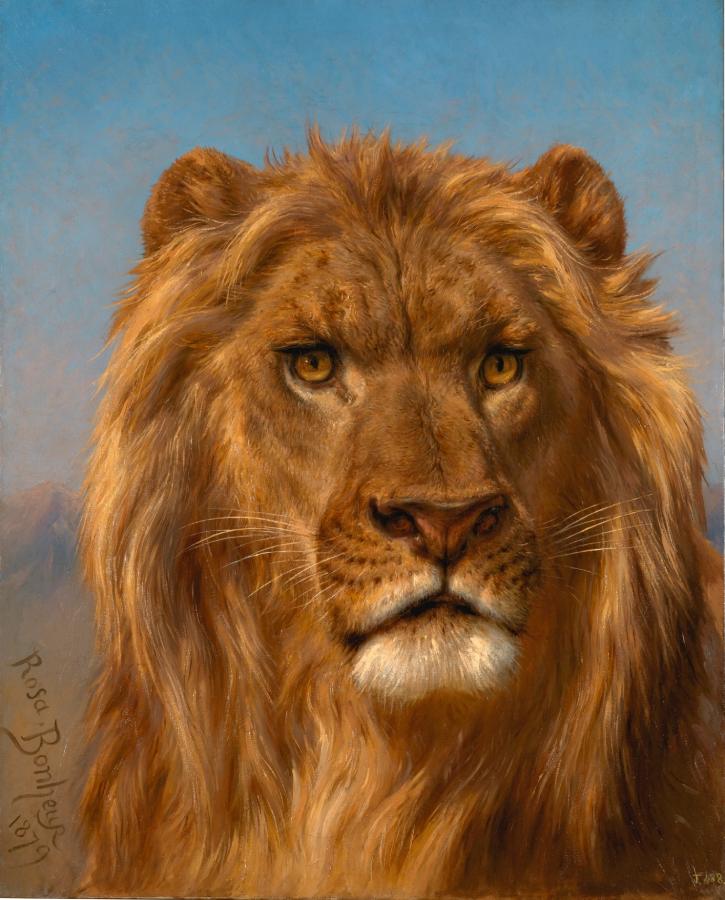 During the Franco-Prussian War, Rosa Bonheur developed a singular fondness for lions. According to Anna Klumpke, her partner in the final years of her life, Bonheur was always attracted to the primeval energy of animals. She began studying them at fairs, which she visited in trousers to observe horses and cattle. Her choice of clothing required a “transvestite permit” from the authorities, as only men could legally wear trousers. Bonheur was particularly interested in felines, as evident in this Atlas lion which the background mountain references. The work’s title with its Spanish connection also evokes liberty, rebelliousness and courage; values that Bonheur expressed in her own life and through her depictions of animals, which became the principal subject of her work. (MNP)