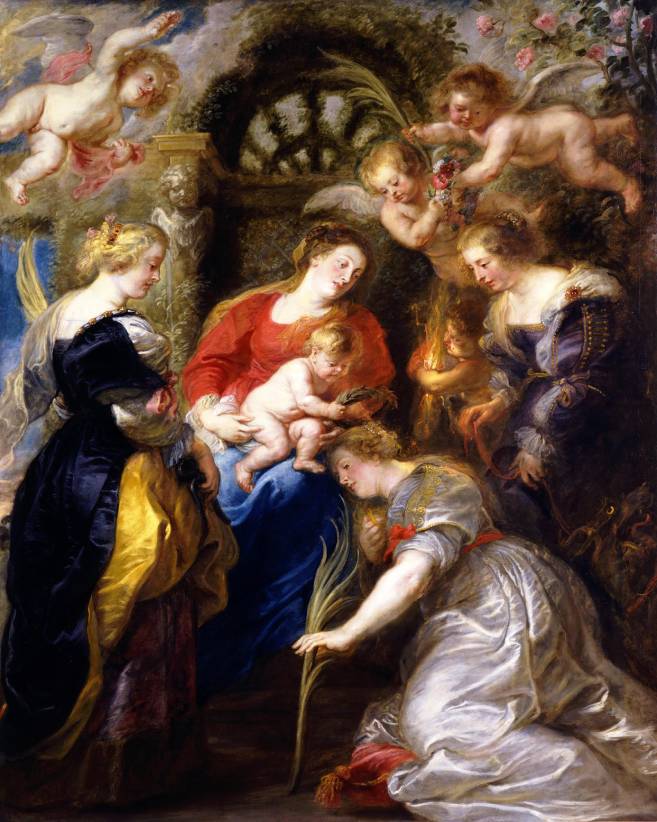 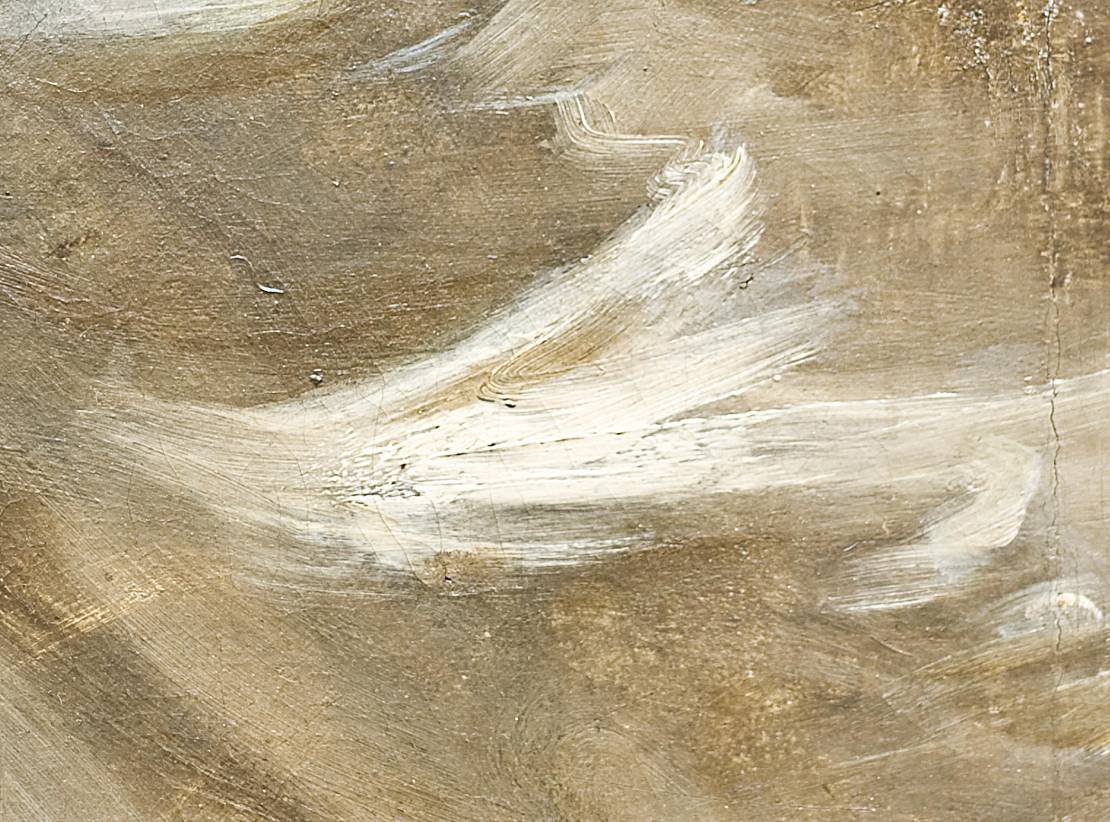 Rubens painted this magnificent painting as an altarpiece for the Church of the Augustinians in Mechelen (Malines), modern Belgium. The three saints surrounding the enthroned Madonna were, according to tradition, all tortured and killed in the early centuries of Christianity for refusing to renounce their faith. Apollonia on the left holds the pincers used to pull her teeth. Margaret holds the leash of the dragon that swallowed her. Catherine kneels, contemplating the palm tree branch, emblem of martyrs. The Christ Child places a victory crown of laurel leaves on her head, while above her a cherub clutches the lightning bolts that destroyed the spiked wheels used to torture her. (TMA)