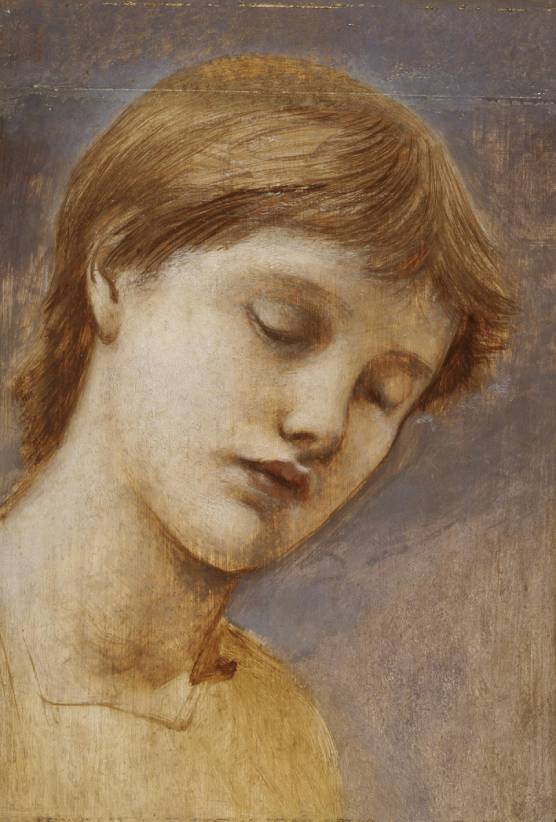 This is an oil study of one of the singing boys in the background of Edward Burne-Jones‘s best-known painting ‘King Cophetua and the Beggar Maid‘ (1884, Tate). The painting was first planned in the mid-1870s and Burne-Jones spent a number of years working out the composition in a series of drawings and watercolours, but most of the work for the final painting was undertaken during 1883 and the beginning of 1884. It was completed and exhibited at Grosvenor Gallery in London in spring 1884.

The model for the singer is probably Jessie Keene (b.1872), or possibly her older sister Laura (b.1867/8), who also modelled for painter James McNeill Whistler in the 1880s. Their mother, Annie, was a regular model for Burne-Jones, her likeness apparently appearing in works such as ‘The Golden Stairs‘ (1880, Tate). Another sister, Bessie (b.1878/9), also went on to become a favourite model and is portrayed in works such as’ Vespertina Quies‘ (1893, Tate) and ‘Love Among the Ruins ‘(1894, Wightwick Manor, National Trust). (NMW) 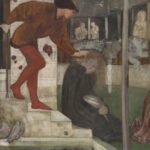 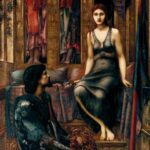