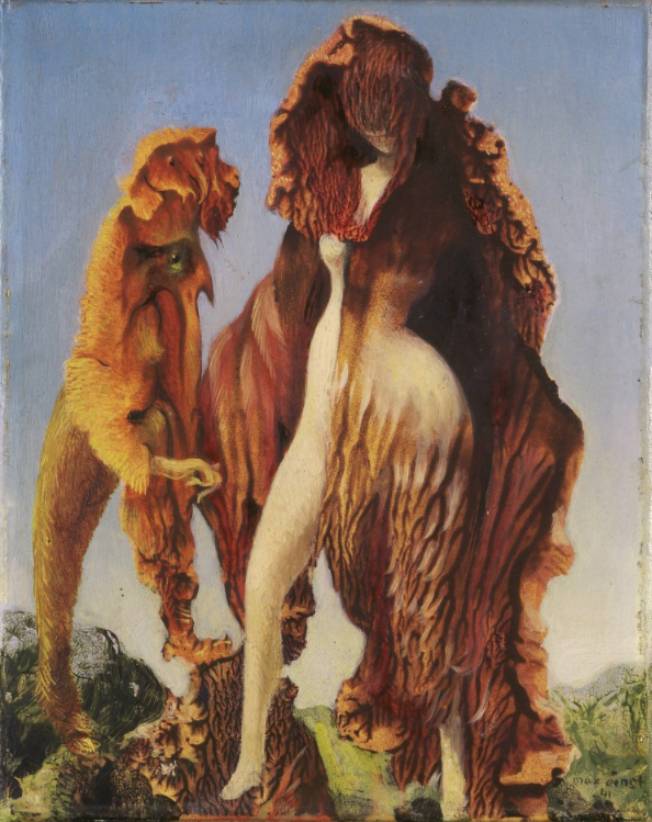 Like many avant-garde European artists of his generation, Ernst was influenced by Sigmund Freud’s writings on the unconscious, the irrational, and the uncanny. Painted the same year he fled Europe for New York seeking sanctuary from the Nazis, The Witch depicts one of Ernst’s favorite subjects, a fantastical figure whose powers of metamorphosis inspire both fear and fascination. To more faithfully channel the unconscious into art, Ernst embraced automatist techniques incorporating elements created by chance that suspend the artist’s deliberation. The Witch, for example, was made using decalcomania, a process in which sheets of glass or paper are pressed into wet paint, resulting in unpredictable bubbles and rivulets that serve as the starting point for the final composition. (PUAM)