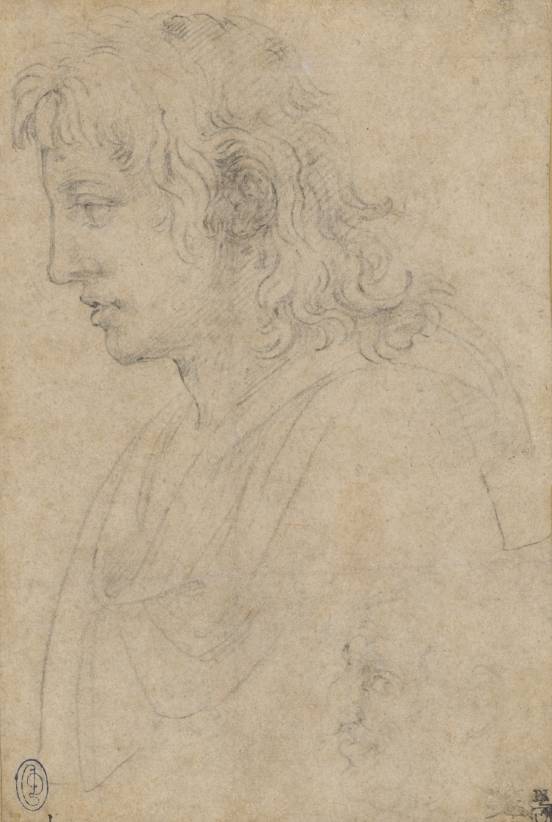 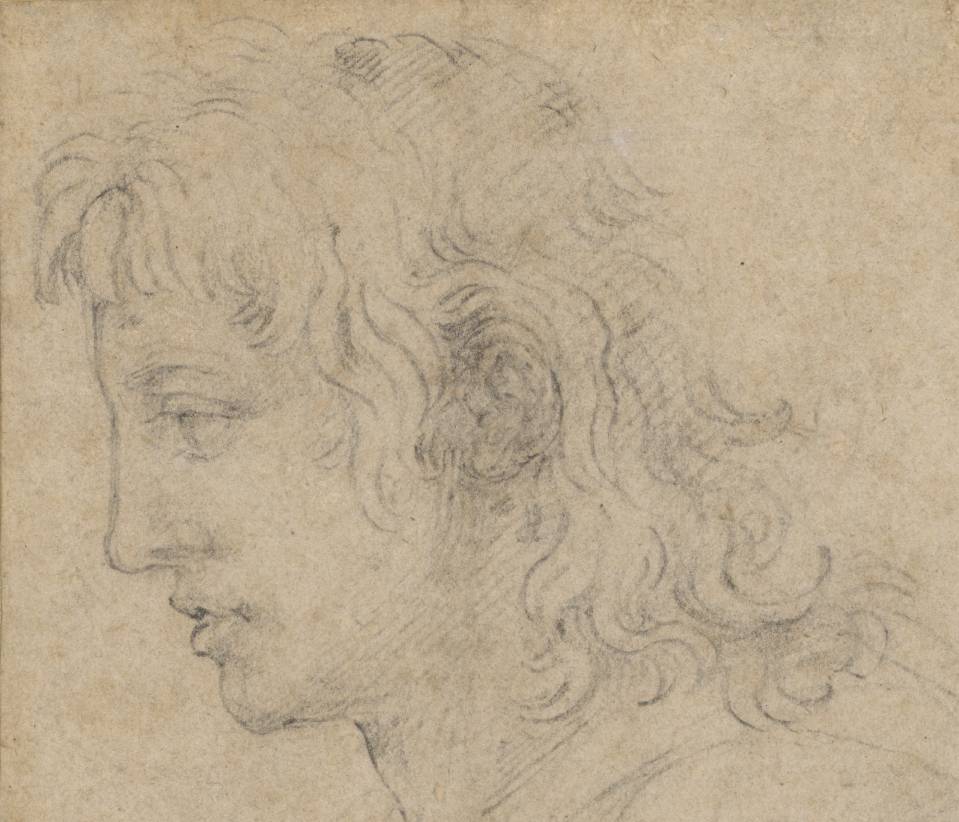 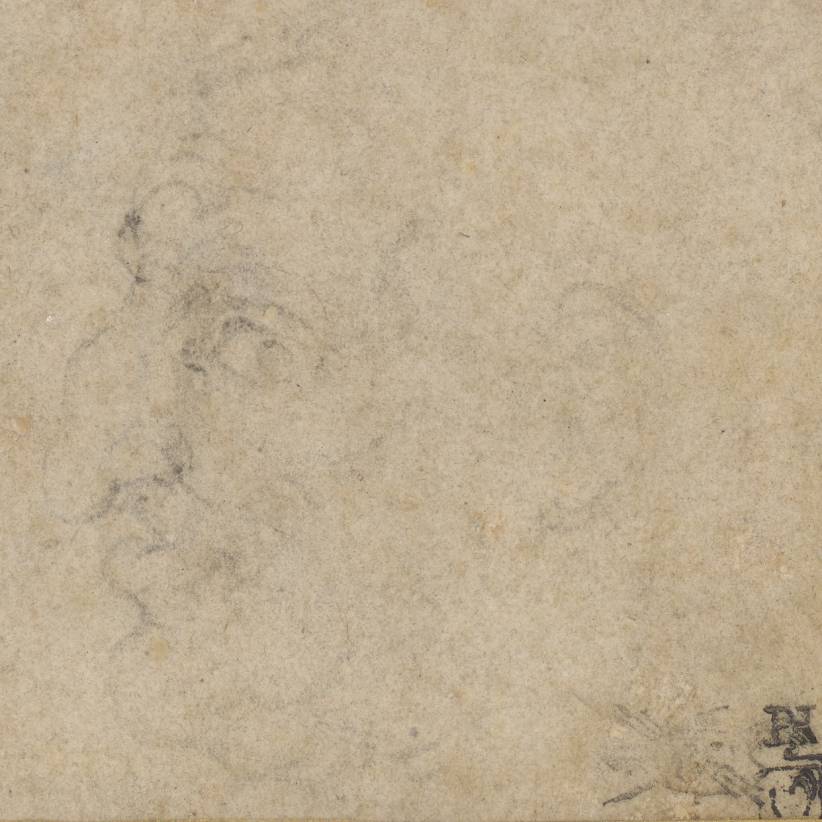 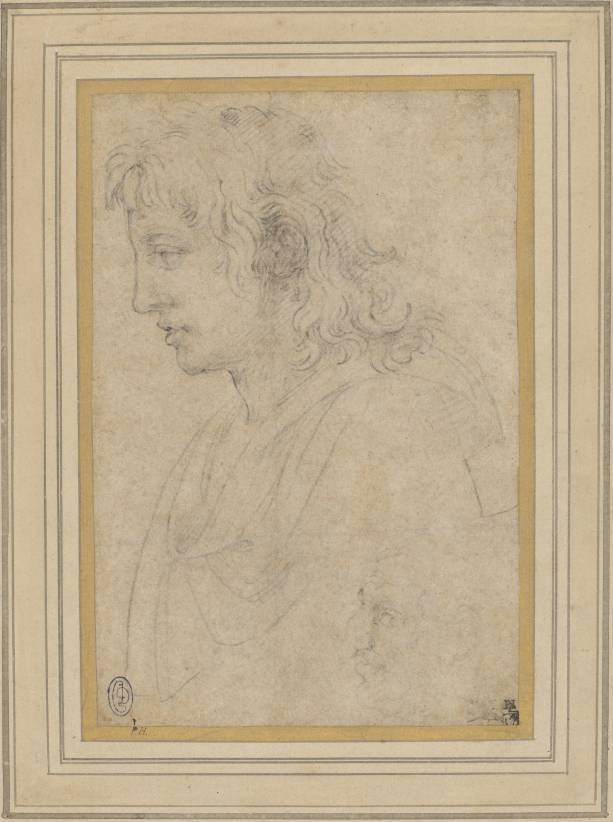 During the 1520s and early 1530s, Michelangelo drew a number of highly finished ideal heads, which were called “divine” during his lifetime. This black chalk profile of a handsome youth belongs to a category of rapidly executed sketches that may have been made in preparation for these works but were also intended as didactic models for his pupils to copy. Distinctive to this drawing is the comical insertion of a grotesque male head within the youth’s shoulder, probably implying the older man’s lust for the younger. It also evokes Michelangelo’s occasional use of fragmentary forms, particularly as manifestations of dream imagery. Infrared reflectography reveals a legible architectural black chalk drawing on the sheet’s verso, which had been mounted down in the eighteenth century by one of its former owners. The groundplan for a rectangular chapel with diamond-shaped cross-axes, this sketch has been identified as a preliminary design from around 1560 for one of Michelangelo’s late Roman projects: the Sforza Chapel in Santa Maria Maggiore. (PUAM)