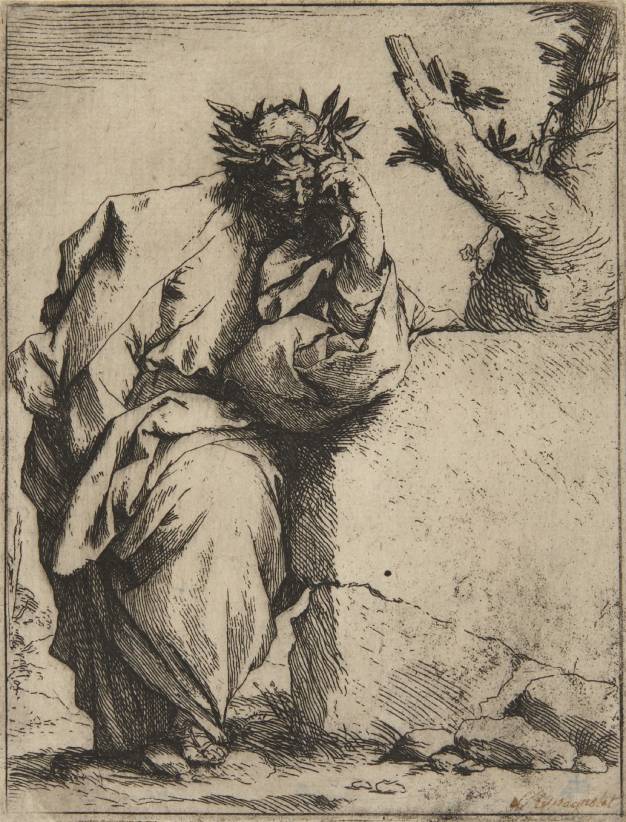 Ribera produced a small but distinctive group of sixteen etchings, most during a short span in the 1620s. Etching was then undergoing a revolution in Italy, moving away from its traditional role as a reproductive medium and toward an art that exhibited the inventive graphic qualities of drawing. Classically crowned with laurel leaves, this melancholic figure might represent the Roman poet Virgil, whose tomb was thought to be in Naples. According to legend, a bay tree grew on top of the tomb and continued to blossom over the centuries, while its roots forced their way through the stone, causing fissures to appear. (PUAM)