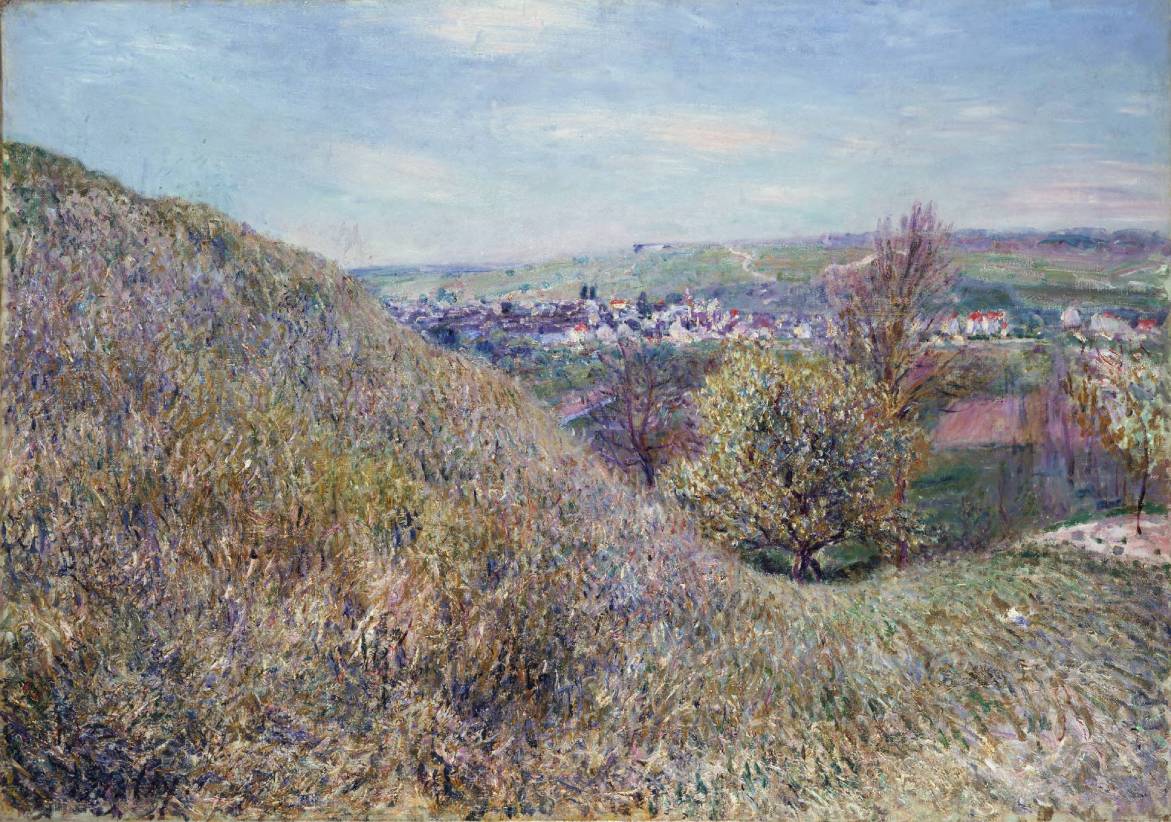 Like many Impressionists, Sisley painted in villages on the outskirts of Paris, both along the banks of the Seine River, to the west, and in the Forest of Fontainebleau, to the southeast. In the mid-nineteenth century railway lines had made these rural hamlets easily accessible to city-dwellers, and landscape painters were drawn to picturesque views that contrasted with the burgeoning energy of Paris and industrial France. After the Franco-Prussian War of 1870–71, Sisley’s formerly prosperous Anglo-French family suffered financial reverses, and he was forced to leave Paris for a series of less expensive towns—Moret among them—with proceeds from sales of his paintings as his sole source of income. (PUAM)