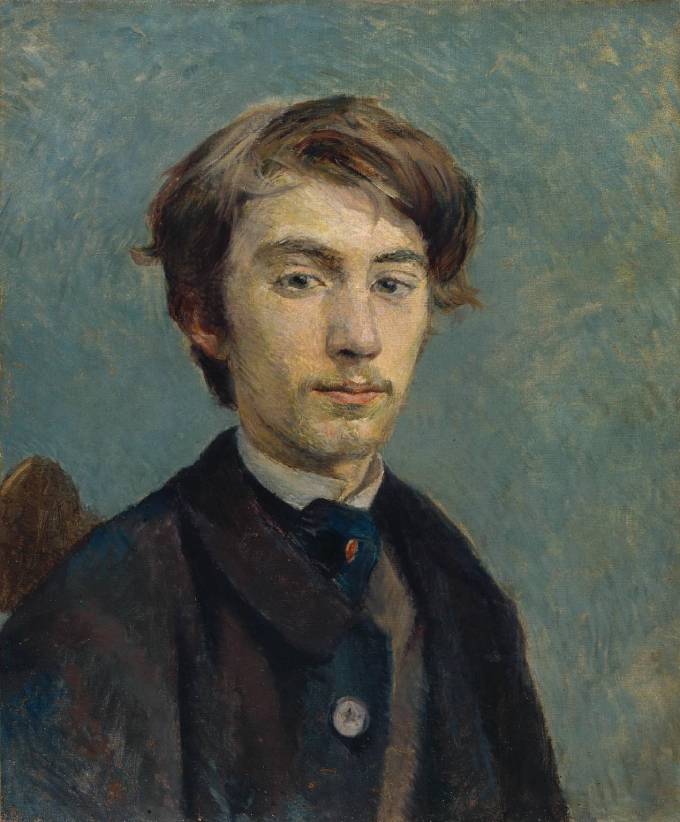 On loan from Tate: Bequeathed by Arthur Jeffress 1961.

Emile Bernard was a fellow student of Toulouse-Lautrec with a reputation for artistic audacity. He entered Cormon‘s atelier in Paris in 1885, but was expelled in the spring of 1886. Bernard sat twenty times for this portrait, in which Lautrec portrays him more as a young bourgeois than a radical artist. It was probably painted in 1886, when Lautrec moved into his studio in the rue Caulaincourt, Montmartre. It was common for students to sit for each other at the time, as the practice provided convenient and free subject matter. Bernard himself drew a sketch of Lautrec. (NG)