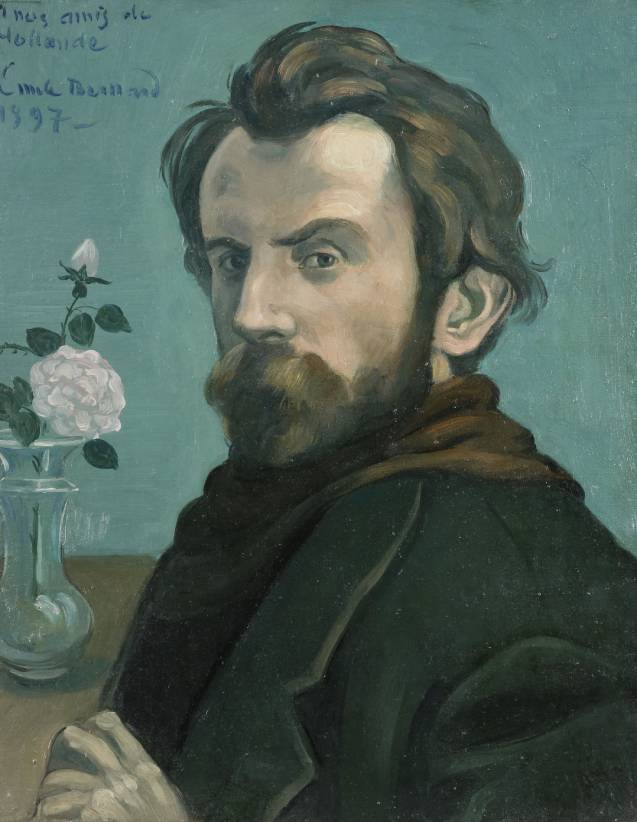 ‘A nos amis de Hollande‘ (to our friends in the Netherlands), Bernard wrote at the top left. He meant the family of Andries Bonger, to whom he donated this self-portrait. Bernard was part of the Nabis, the group around Paul Gauguin, and was friends with Vincent van Gogh and Jan Verkade. For his self-portrait he used synthetism or cloissonism as a style: clearly defined, simple shapes and few colors. (RM)