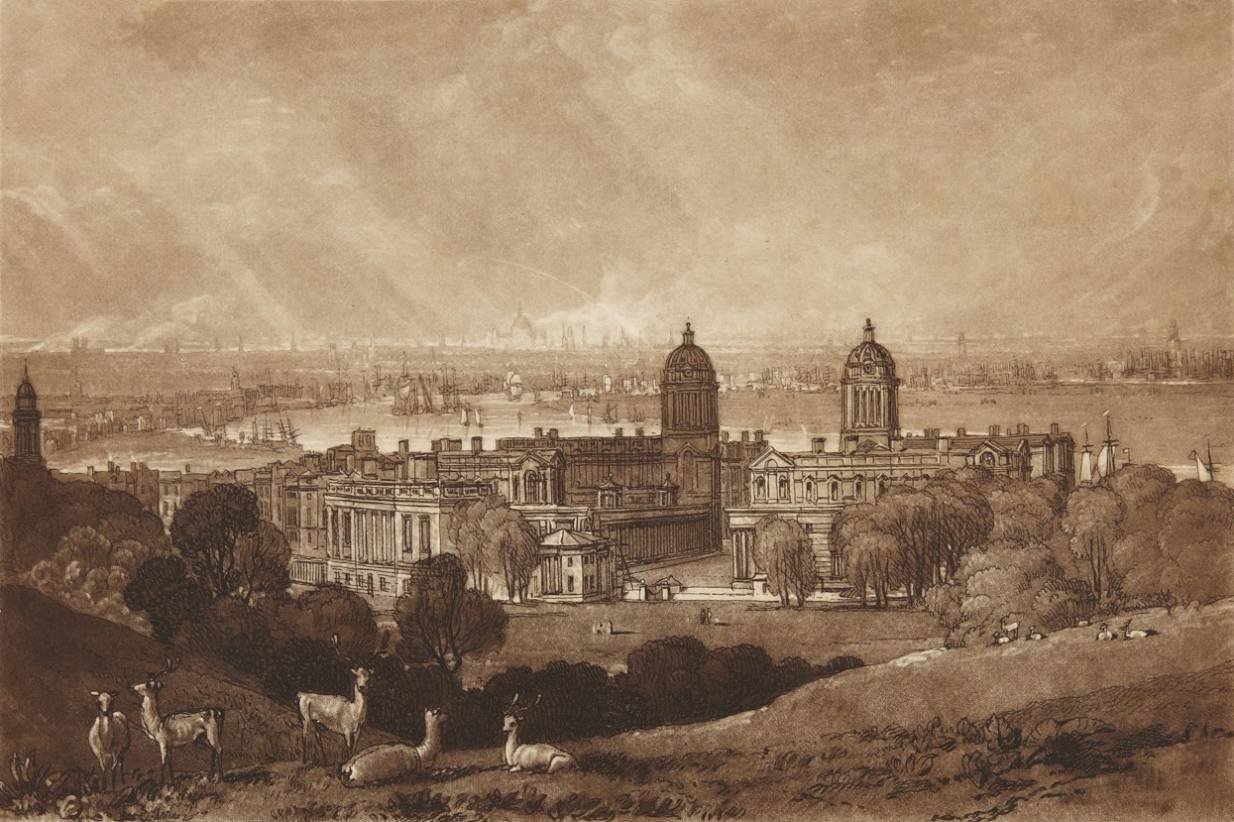 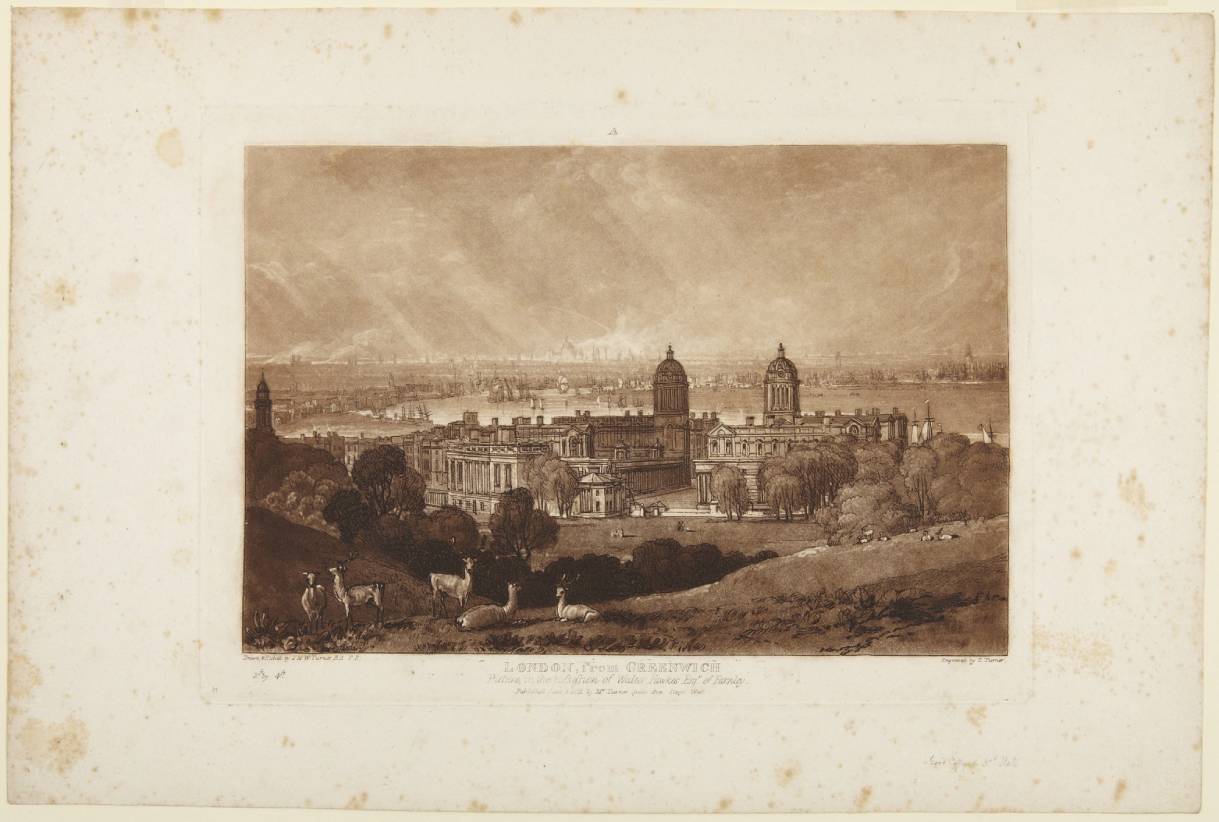 This panoramic view is based on Joseph Mallord William Turner’s painting London from Greenwich Park (1809; Tate, London). The Queen’s House, Greenwich Hospital, and, in the distance, Saint Paul’s Cathedral are all visible from this pastoral vantage point along the Thames. The center of the British Empire is strikingly portrayed as a small metropolis scattered among vast sweeps of rural land; London is here both possibility and paradox. Turner had captured the ambition of this burgeoning urban landscape in a poem that accompanied the painting when it was first exhibited in 1809:

Where burthen’d Thames reflect the crowded sail, /
Commercial care and busy toil prevail, / Whose murky
veil, aspiring to the skies, / Obscures thy beauty, and thy
form denies, / Save where thy spires pierce the doubtful
air, / As gleams of hope amidst a world of care. (PUAM) 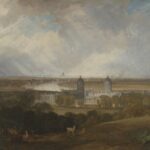