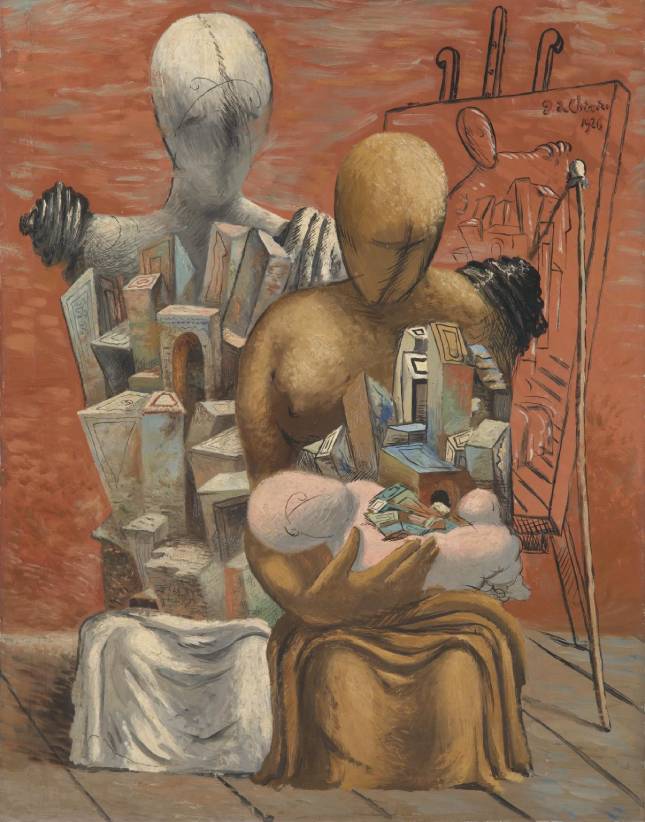 In the mid-1920s de Chirico reworked many of the themes of his pre-war paintings in the light of his interest in the art of the old masters. In contrast to their pre-war counterparts, the mannequins in this work have a flesh-like solidity, while their grouping echoes traditional scenes of the Holy Family. The easel and painting stick appear to refer to the artist’s belief in the importance of old-fashioned technical skills. However, de Chirico‘s attitude towards tradition and the past was always ambiguous and ironic. The building fragments that emerge from the mannequins’ stomachs, for example, seem vaguely classical but also suggest a child’s building blocks. (Tate)