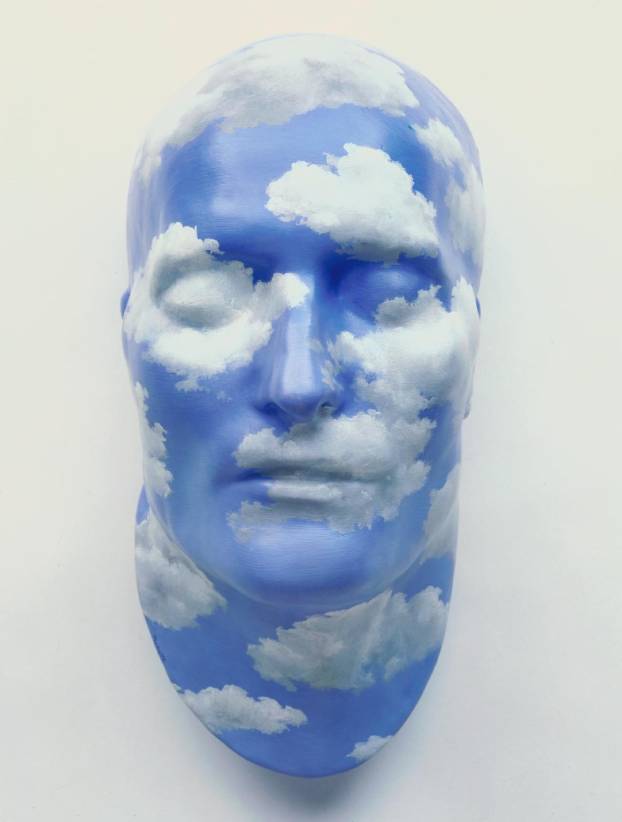 This work is made from a plaster copy of the death mask of the French Emperor Napoleon. A death mask is made by placing a mixture of plaster or wax over a person’s face once they have died to create a mould. Magritte painted at least five of these casts, each with sky and clouds. The artist’s friend the surrealist poet Paul Nougé suggested an association between death, dreams and the depth of the sky. He commented: ‘a patch of sky traversed by clouds and dreams [can] transfigure the very face of death in a totally unexpected way’. (Tate)