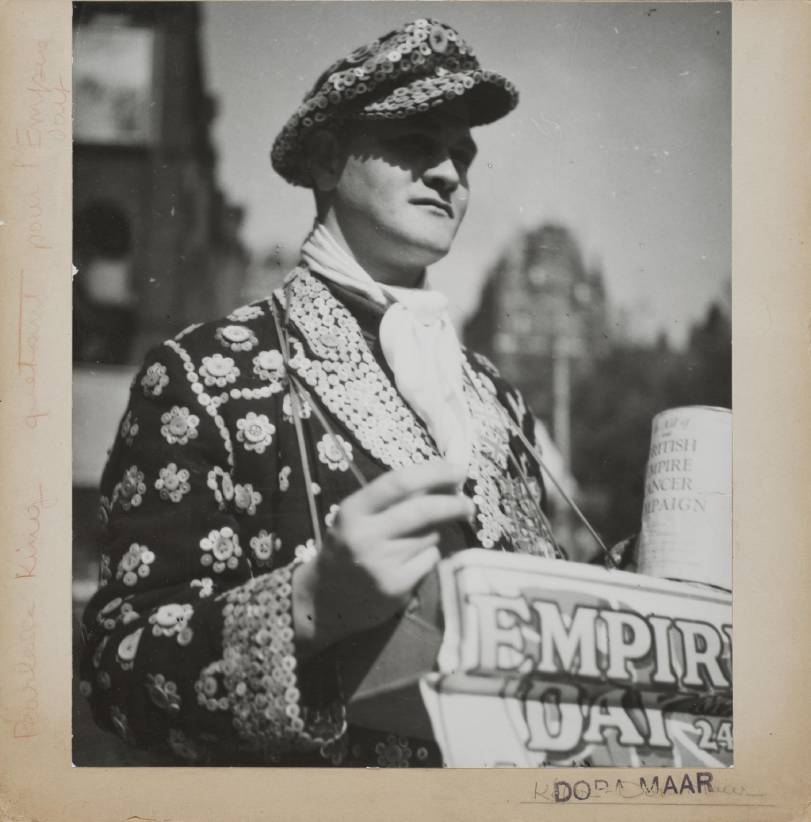 The charitable tradition of Pearly Kings and Queens, which continues today, originated in Victorian London. They evolved from ‘Coster Kings and Queens’, elected leaders of London’s street vendors, who traded independently but collected for fellow traders who had fallen on hard times. The pearly buttons were an imitation of fashionable dress in 20th-century high society. (Tate)