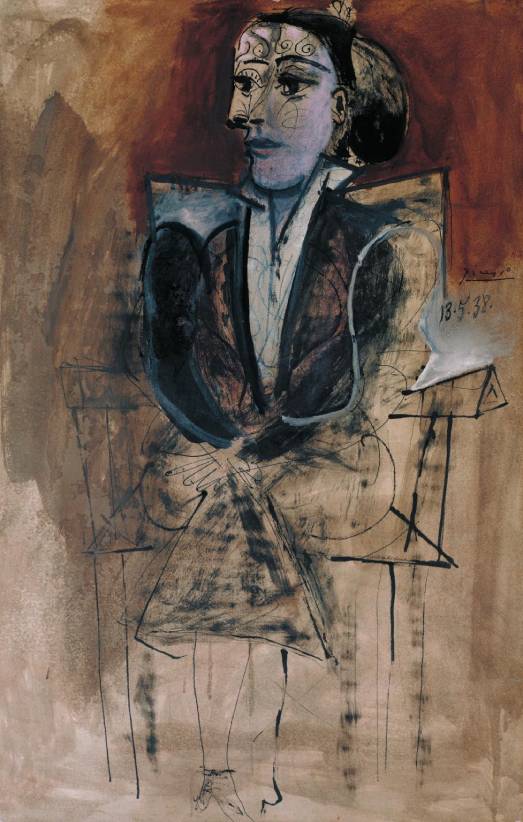 Dora Maar was a painter who exhibited with the Surrealist group, before becoming a photographer and reporter. She was Picasso‘s mistress in the late 1930s and the war years, and one of his most important models during that period. A formidable personality, she was instrumental in encouraging Picasso‘s political awareness. He also admitted to being somewhat afraid of her. This work shows Dora as a smart, independent French woman, with her hands crossed elegantly in her lap. (Tate)