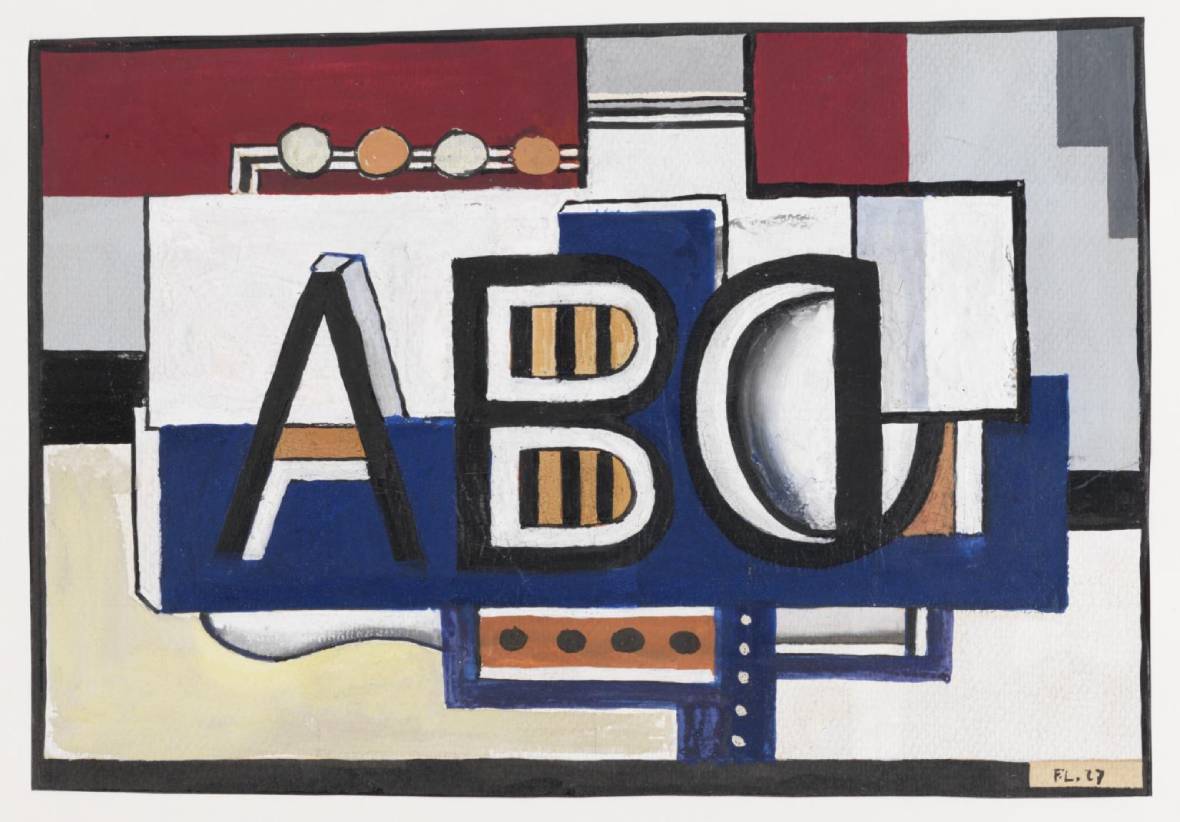 ABC is a preparatory study in gouache for the oil painting Nature morte A.B.C., 1927, given by Léger’s art dealer Daniel-Henry Kahnweiler to the Musée Fernand Léger in Biot. It is an abstract still life that features lettering, in a style reminiscent of early Cubism, and combines it with abstract elements on a tilted plane.

Although Léger had already made paintings that incorporated letters in the late 1910s and in the 1920s, this was the first time that lettering itself would become the actual subject of his work. He layered the gouache heavily in the areas with black ink, treating it almost like oil paint. The artist painted separate areas of pure colour adjacent to each other and did not allow them to mix, saying: ‘I wanted to end up with colours which were isolated, a red that was very red, a blue that was very blue.’ (Quoted in Cassou and Leymarie 1973, p.13.) The colour of Léger’s gouaches has been described by the art critic Jean Cassou as ‘particularly exquisite … Gouache seems to have been chosen especially so that Léger could show, in its use, his liking for restrained, subdued colouring that was strictly and completely pure.’ (Cassou and Leymarie 1973, p.13.)

In the mid-1920s Léger was in close contact with Amedée Ozenfant (1886-1966) and Le Corbusier (Charles-Edouard Jeanneret, 1887-1965), who were the chief advocates of the artistic movement known as Purism. His work from that period is seen as reflecting some qualities of the Purist style, and particularly clarity, starkness, stillness and frontality. This work combines Léger’s signature mechanical forms with a calm and restraint that are absent from previous Mechanical Elements compositions and can be seen as consonant with the ideas of Ozenfant and Le Corbusier. Paradoxically, however, the artist commented: ‘Purism did not appeal to me. Too thin for me, that closed-in world. But it had to be done all the same; someone had to go to the extreme.’ (Quoted in Cassou and Leymarie 1973, p.87.) (Tate)