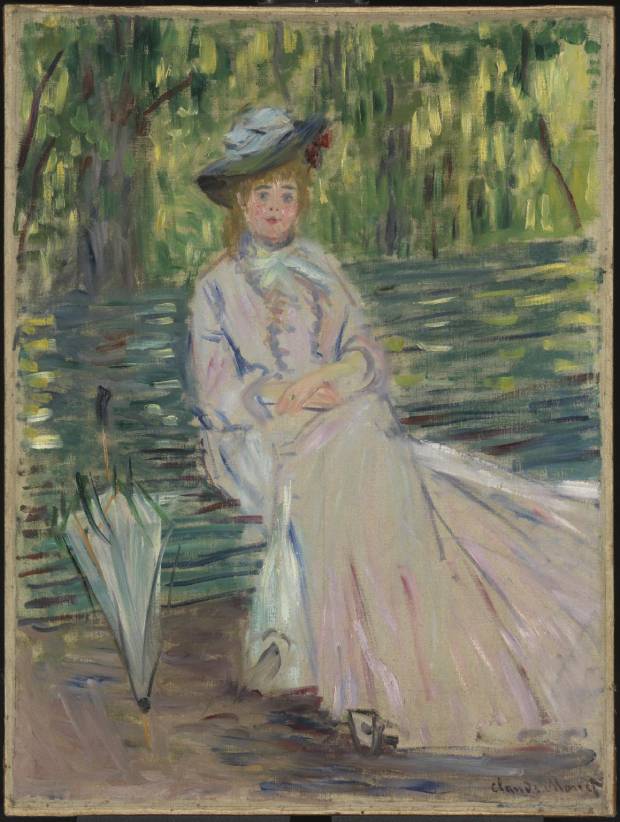 This picture has also been known under such titles as ‘In the Park’, ‘Woman in a Park’ and ‘Resting’, and appears in the Durand-Ruel files as ‘In the Park (Portrait of Madame Monet)’. However Mme Blanche Hoschedé-Monet told Oscar Reuterswärd in 1947 that it does not represent her mother, Camille, but a model, whose name she had forgotten, who also sat to Degas and other artists. Jean-Pierre Hoschedé subsequently confirmed (letter of 21 July 1954) that both he and Camille‘s son Michel Monet were quite sure it could not be her. The exceptionally free handling seems to reflect the influence of Manet and it may have been painted in the summer of 1874 at Argenteuil at a time when Monet and Manet were painting together, sometimes side by side. There is an inscription on the stretcher which reads ‘jeune femme sur un banc par Monet | Vollard‘ (girl on a bench by Monet | Vollard). (Tate)