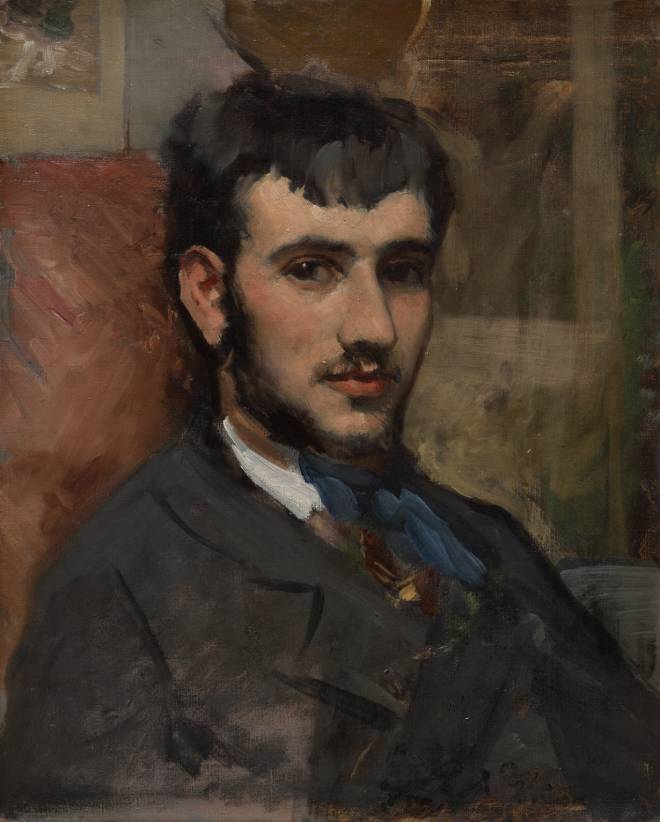 Although Frédéric Bazille played an important role in the history of Impressionism, he is not as well known as his colleagues due to his death at age 28 during military service in the Franco-Prussian War of 1870. He painted this portrait of his close friend Auguste Renoir at a time when he was sharing his studio with Renoir and Claude Monet. The entire surface is animated by quick, lively brushwork, giving the composition a sense of sketchiness and informality unlikely to be found in a formal, commissioned portrait of the period. The fluid, spontaneous technique, combined with passages of pure, unblended color, are signs of a deliberate striving toward a new, modernist aesthetic. (CMA)