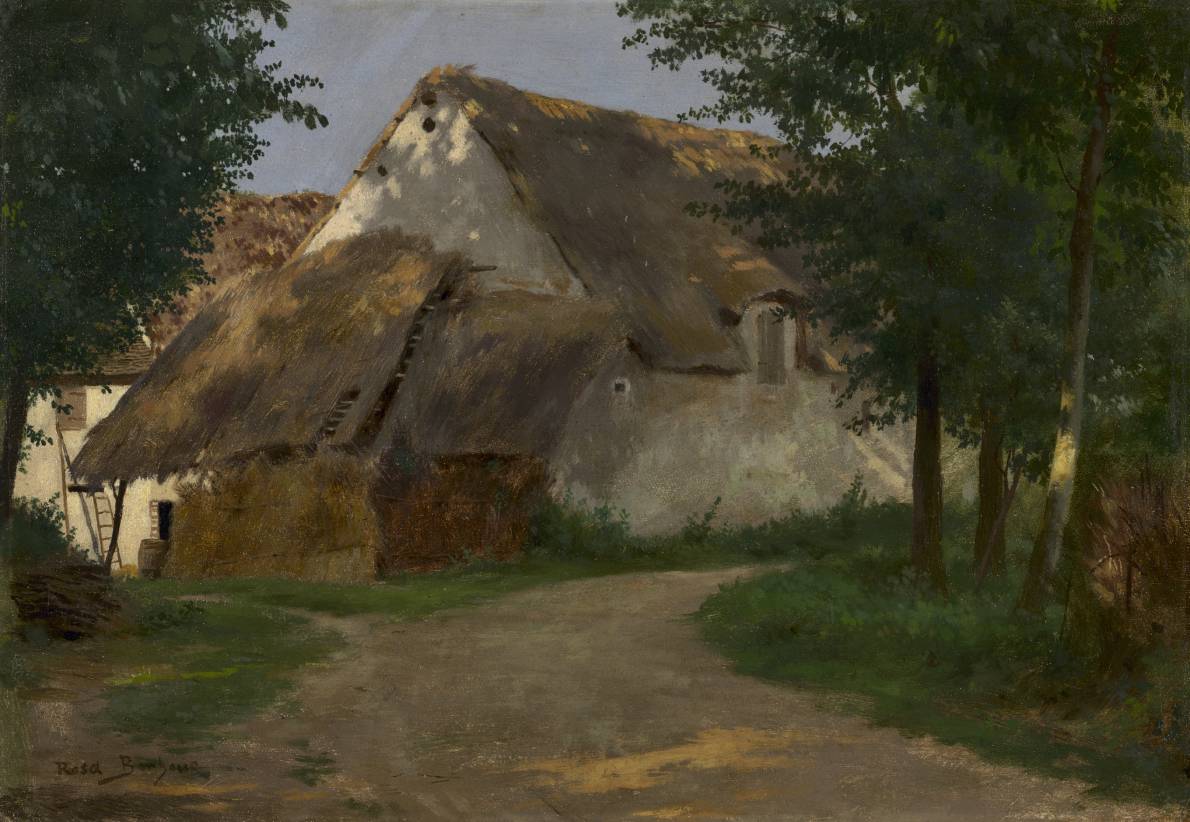 Bonheur‘s artistic work led her to pastures, fairs, and even slaughterhouses—unlikely places for a proper 19th- century lady. Long dresses were too cumbersome for her rugged lifestyle; in order to wear trousers on the job she had to seek permission from the local government.

One of the most celebrated female artists of the 19th century, Bonheur established an international reputation by exhibiting at the Paris Salons. Empress Eug​é​nie, wife of Napoleon III, visited her studio to personally confer the Legion of Honor, making Bonheur the first woman to receive the award. This painting may have been inspired by the rustic houses in the vicinity of the Forest of Fontainebleau, where Bonheur lived for more than 40 years. (CMA)