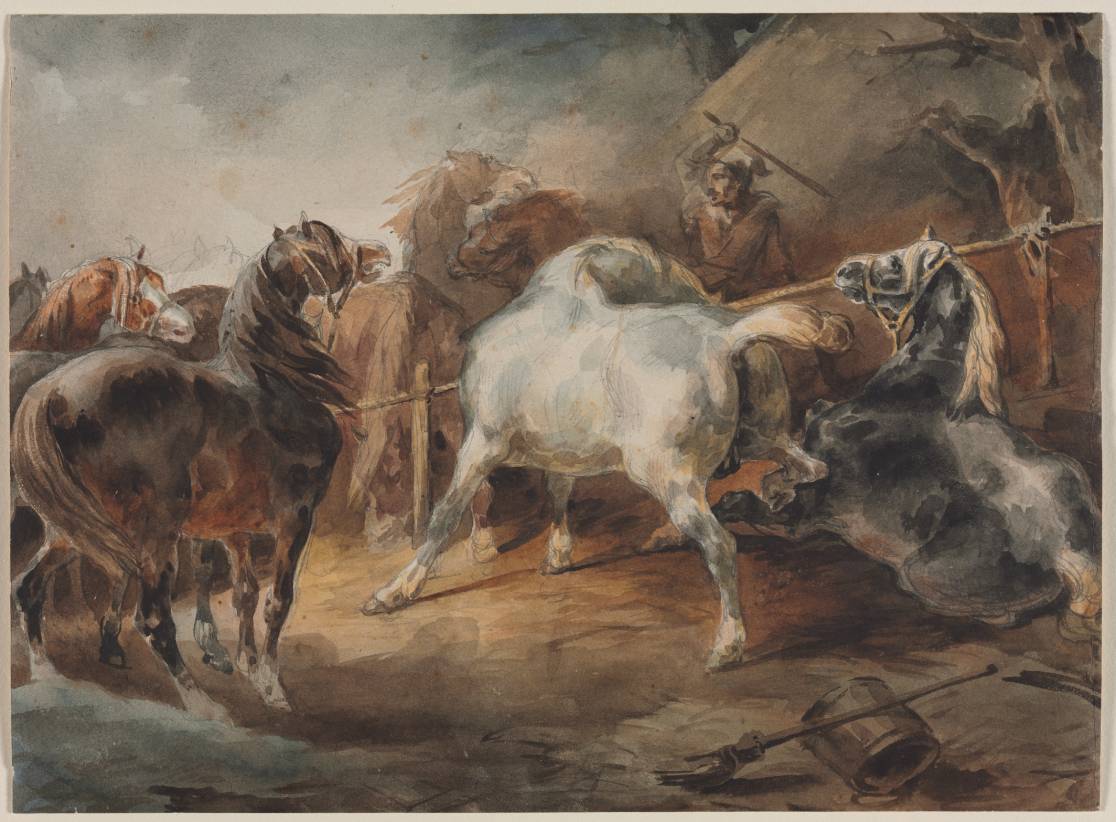 Théodore Géricault began this work with sketches from life, which became a graphite underdrawing beneath the watercolors. Géricault turned away from traditional subjects such as mythology and the Bible in favor of modernity, emotion, and drama. He was fascinated by the power and physical beauty of horses and depicted them often. Géricault himself was an avid rider and his paintings and drawings on this theme are characterized by vigor and movement. In this watercolor, he focused on a conflict, in which a groom struggles to separate a pair of fighting horses—a scene that appeared only a few times throughout his many interpretations of similar subjects. A sketchbook, now in the collection of the Art Institute of Chicago, shows that the artist carefully studied the animals, including the kicking white stallion at center, in graphite before beginning this finished work. (CMA)