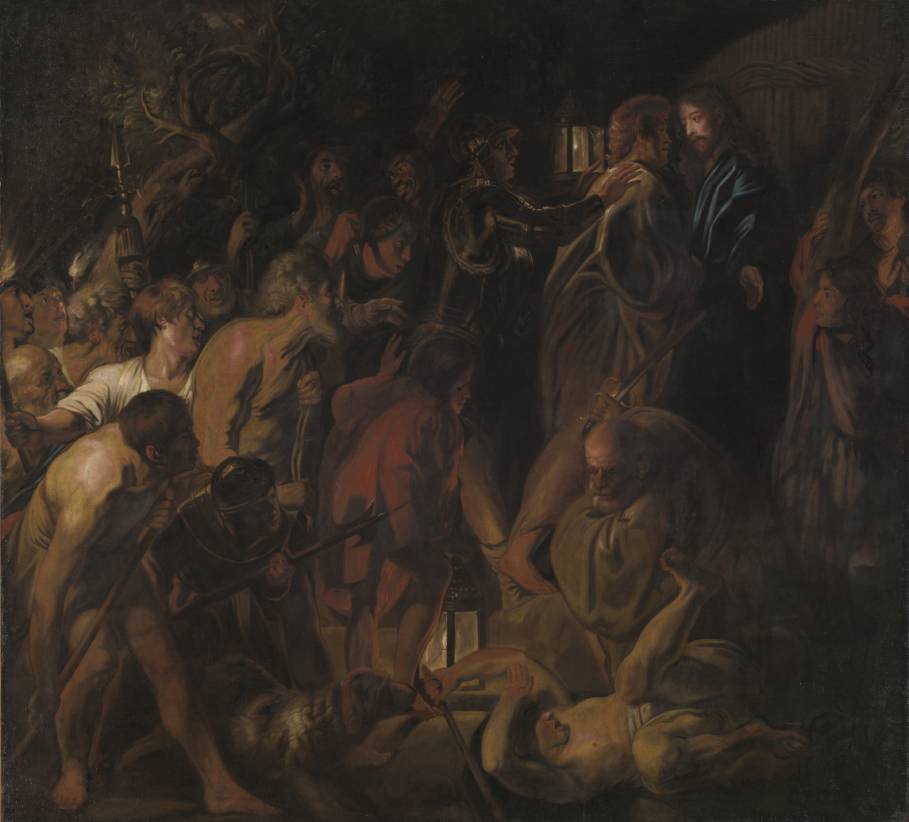 After the deaths of fellow Flemish painters Peter Paul Rubens in 1640 and Anthony van Dyck in 1641, Jordaens became the leading painter in his native Antwerp. In the seventeenth century, Antwerp underwent a Catholic Restoration, leading to numerous commissions for religious paintings. Jordaens‘s large work depicts the moment, set in the Garden of Gethsemane, in which Judas betrays Christ with a kiss, leading to the arrest of Jesus by Roman soldiers. The tense moment of betrayal is compounded by the violent reaction of apostle Peter in the foreground, who attacks Malchus, the servant of the High Priest who led the arrest. The lighting heightens the drama of the Passion of Christ, as the lanterns of the soldiers powerfully illuminate the night scene. Night scenes, also called nocturnes, are trademarks of the Northern painting tradition since the fifteenth century and demonstrate its continuing impact into the 1600s. (CMA)