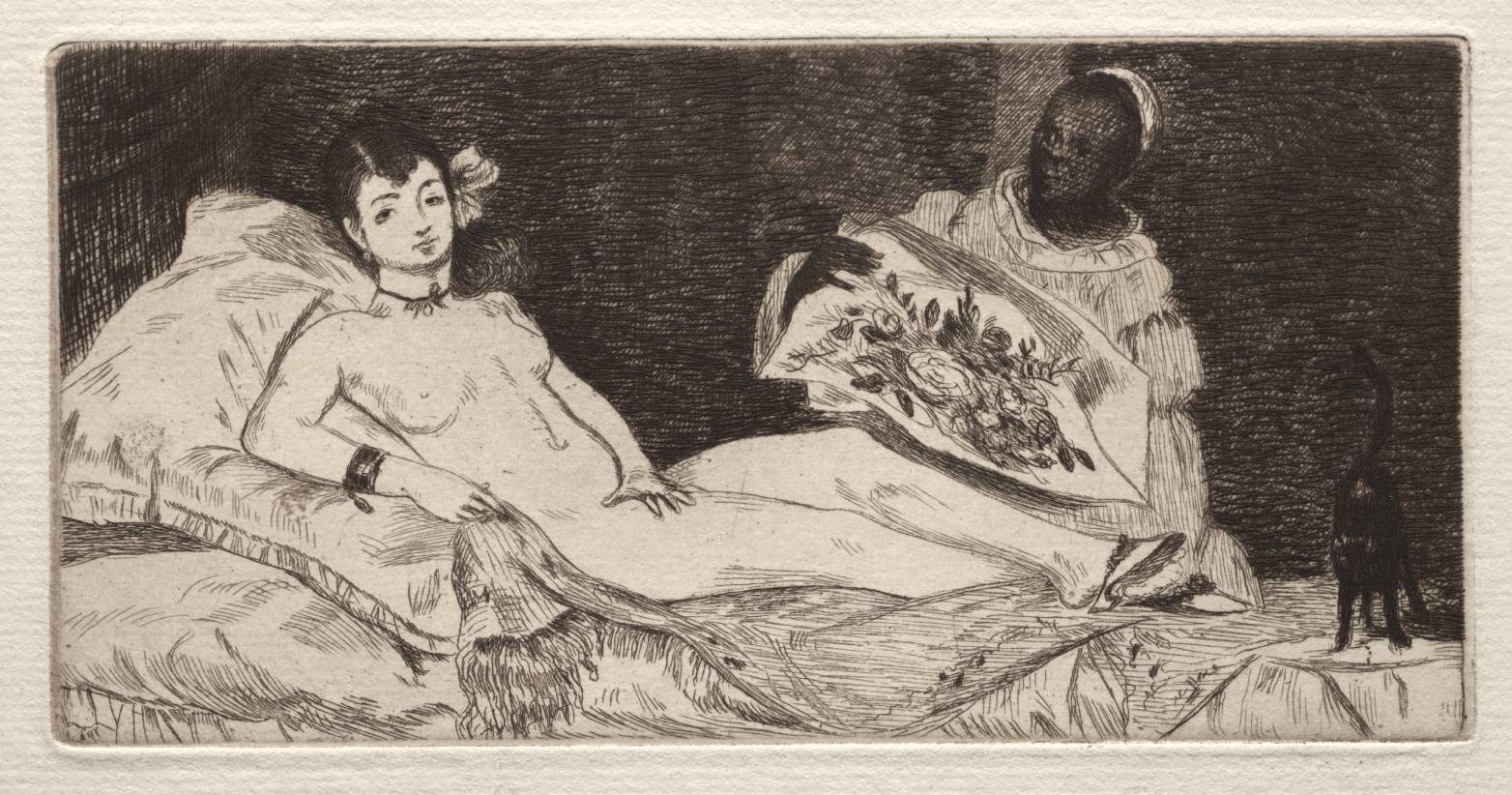 When Edouard Manet’s painting Olympia was exhibited in Paris in 1865, it was met by the critics and general public with jeers, laughter, criticism, and distain. Manet had depicted his model, Victorine Meurent, as a modern day courtesan, confrontational rather than seductive. Manet’s depiction of a prostitute’s body in a contemporary setting was a radical rejection of the idealized beauty of the traditional female nude. Olympia forced recognition of troubled and contradictory attitudes toward prostitution in the mid-19th century, much to the discomfort of contemporary audiences. The artist made this etching to reproduce his controversial painting. (CMA) 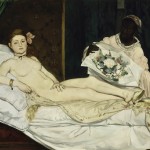