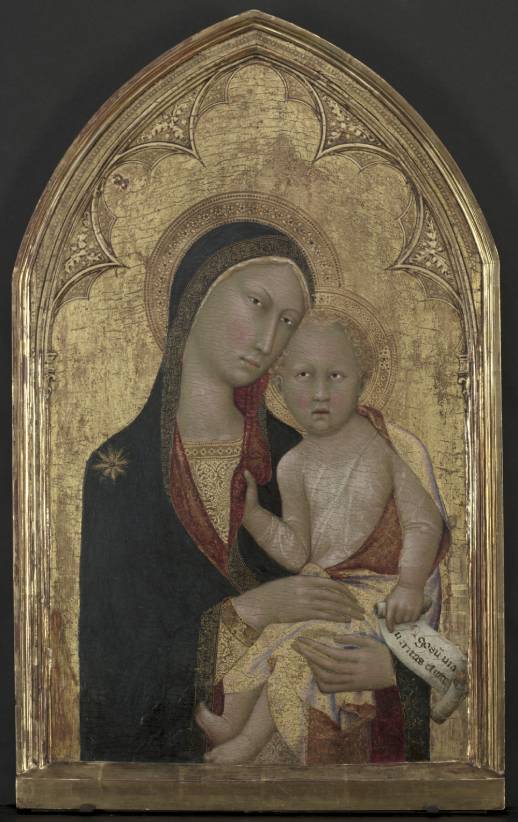 On the eve of the Battle of Montaperti in 1260, the Tuscan town of Siena was dedicated to the Virgin. Siena’s miraculous victory the following day confirmed its status as the “City of the Virgin” and inspired fervent devotion among its citizens. Marian imagery flourished, and many altarpieces comprising images of the Madonna and Child flanked by saints were made for Sienese churches. This panel once formed part of such an altarpiece. Here, the infant Christ clings to his mother’s clothing. He also holds a scroll that proclaims his special destiny. Lippo Memmi was the brother-in-law of Simone Martini, an extremely influential Sienese painter. The two artists worked closely together, and this Madonna and Child reflects Simone’s aristocratic and elegant style. (CMA)