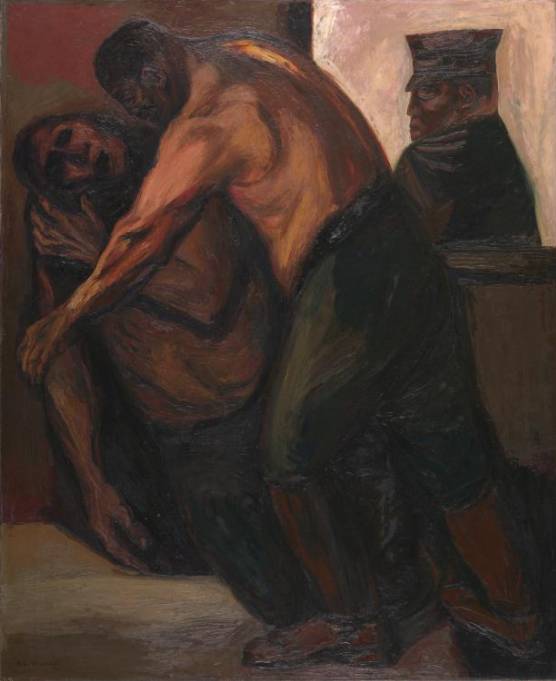 The central figure in a movement of revolutionary artists responding to political turmoil in Mexico during the 1920s, José Orozco believed that “a new art cannot take place in an old world.” The artist’s early experience as a maker of political prints taught him the power of bold, simple statements. Wounded Soldier clearly communicates the strength of Orozco‘s convictions. The dark palette sets an anguished tone and the aggressive brushwork conveys the soldier’s pain and his comrades’ anguish. (CMA)