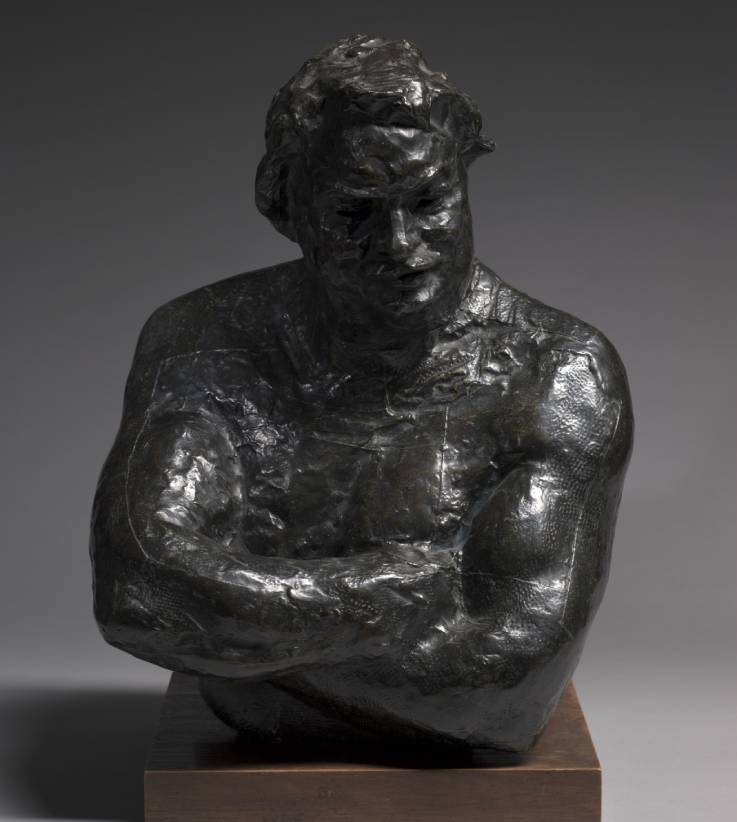 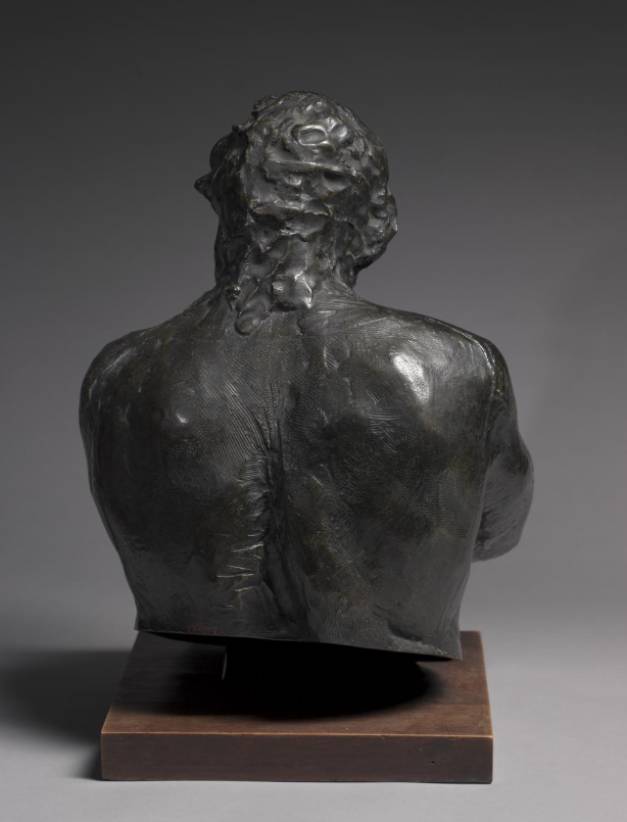 In 1891 Rodin was commissioned to create a monument honoring the celebrated French writer Honoré de Balzac. The figure evolved through multiple stages over a seven-year period as Rodin explored different methods of conveying the author’s genius and personality. This bust is a study for the first version, in which the full figure stands upright with legs apart, arms crossed over his corpulent belly. Rodin’s unglamorous portrayal of a national hero shocked the public accustomed to idealized figures in public monuments. The final design was even more intensely criticized because Rodin reduced the body to a powerful, abstract mass intended to convey the symbolic essence of the writer’s creative vitality. (CMA)