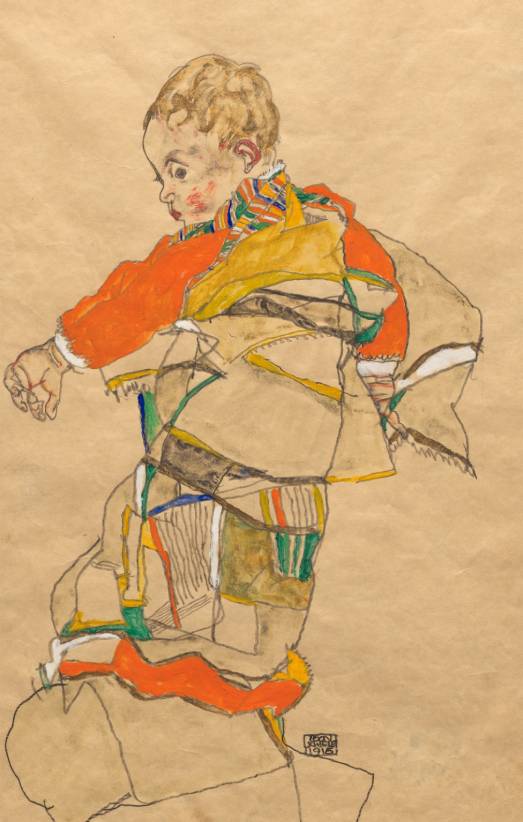 Egon Schiele depicted a small child, the son of a friend, in this drawing devoid of setting. The child teeters at an awkward angle, seemingly unsupported but for a multipatterned fabric wrap that occupies the artist’s primary interest. This contorted pose is typical of Schiele’s many drawings of people in which he explored the expressive capacity of the human form, often using the body to indicate their psychic state. He died in the Spanish influenza epidemic in 1918 at age 28, leaving a vast number of drawings. The child seen in this drawing, Anton Peschka Jr., served as a model for several compositions by Egon Schiele. (CMA)