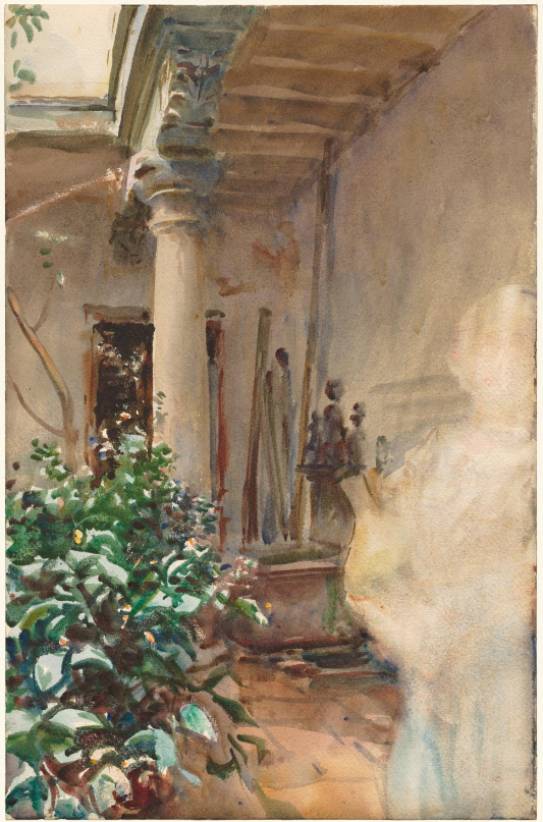 The Patio
1908
Watercolor with traces of gouache over graphite on paper, 53.2 x 34.6 cm
Cleveland Museum of Art, Cleveland Sargent was born in Italy, studied in France, and worked chiefly in England, but he never renounced his American citizenship. As a young man, Sargent achieved fame and wealth as a portraitist, but he gradually tired of painting wealthy, superficial aristocrats. In his later years he focused increasingly on watercolor. Along with Winslow Homer, Sargent was the major artist to develop a spontaneous approach toward watercolor. Rather than carefully layering his pigments, he dashed off his paintings in a single sitting, allowing the colors to freely blend together. (CMA)