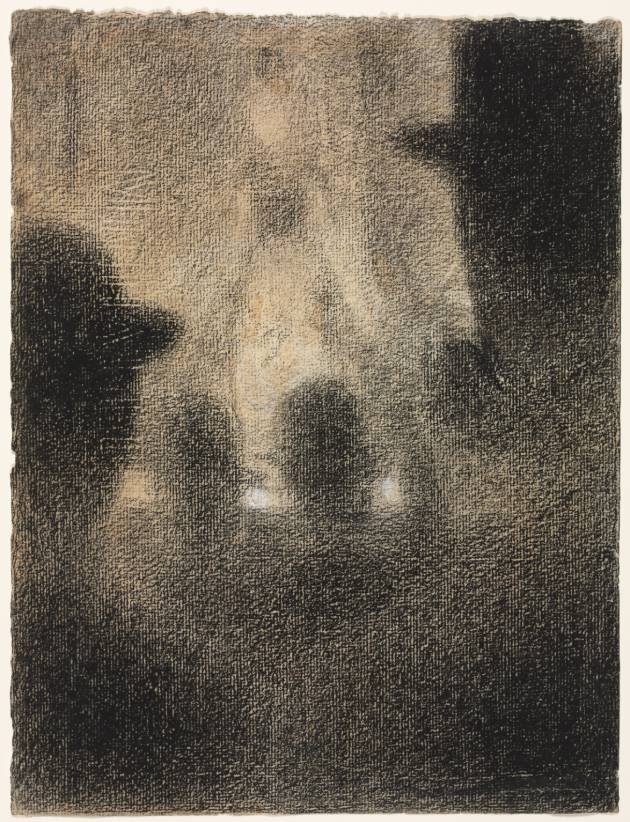 Despite Georges Seurat‘s brief lifespan, he created a large number of drawings, working almost exclusively with the waxy Conté crayon and textured paper used for this sheet.

Café-concerts were popular places of entertainment for the middle classes in Paris during the late 1800s and usually featured singers or other forms of vaudeville entertainers. Georges Seurat created eight drawings depicting café-concerts, some showing known establishments. This drawing has an innovative viewpoint, in which we peer through the bowler hats of male viewers listening to a female singer on stage. Seurat typically used a black crayon manufactured by the Conté company, and its waxy quality allowed him to exploit the texture of paper to striking effect. (CMA)