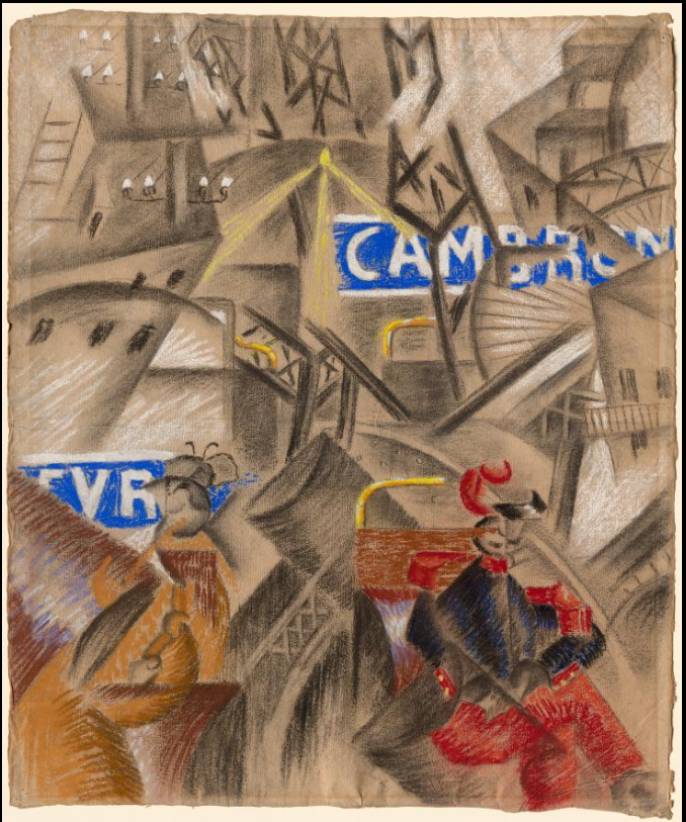 Gino Severini joined the Futurist movement, which emphasized the dynamism, movement, and energy of the modern city, in 1910. He began to depict modern modes of transportation and developed an interest in machines and speed. This pastel was created after Severini visited Paris, in 1911, where he admired technological advances such as the Eiffel Tower and the Métro, the city’s relatively new public transportation system. Here, he suggests velocity through shifting planes and viewpoints and abruptly juxtaposing word and image. The blue and white text in Gino Severini‘s drawing refers to the signs for the Sèvres and Cambronne stations, which he passed while taking the Paris Métro to the Eiffel Tower. (CMA)