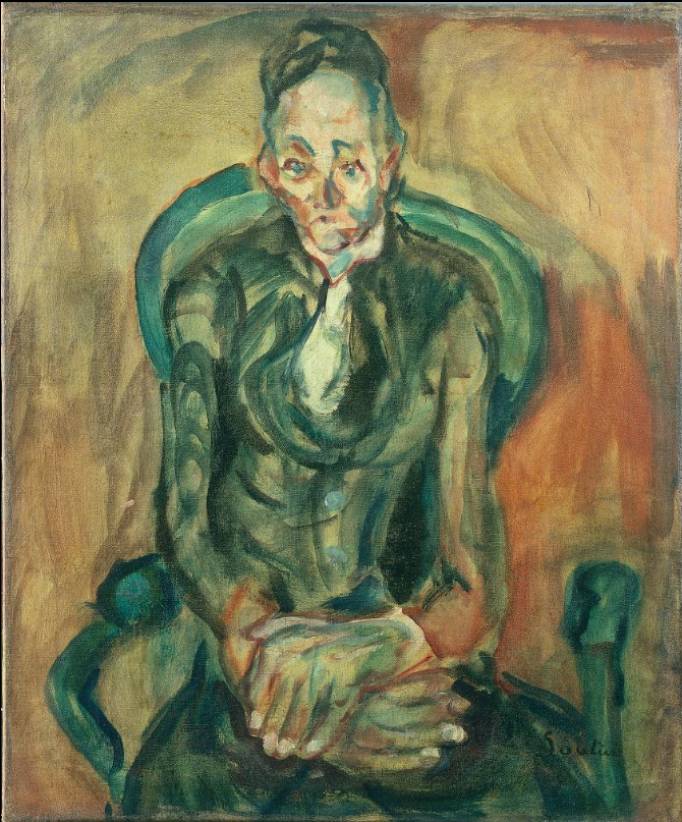 The woman portrayed here seems to bear the weight of the world on her shoulders. Her ghostlike silhouette in tones of green and brown is bent over, her eyes look downward. The positioning of her large hands emphasize an inward-looking, melancholic state of mind. Soutine’s early experience of religious persecution had a large influence on his art. As an expatriate Russian Jew living in Paris, Soutine had to escape from the French capital and hide in order to avoid arrest by the Gestapo. He died in 1943 from a stomach ulcer. (CMA)