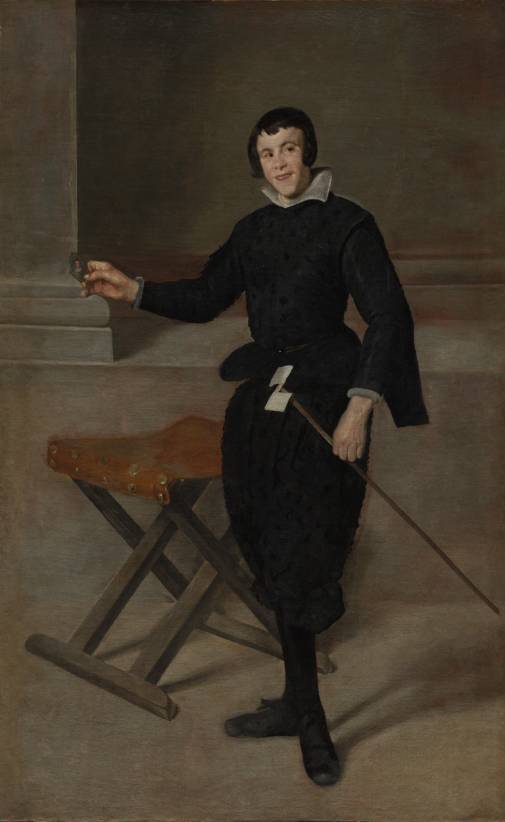 Calabazas, a jester in the court of King Philip IV of Spain, had physical and mental disabilities, a state that the artist emphasizes, rather than tries to hide. While the Spanish court prized and doted upon people with disabilities such as Calabazas, Velázquez transformed their depiction in portraiture. This startling work uses the format of the formal, full-length court portrait to present a type of person who was generally perceived as marginal at this point in history and profoundly humanizes him. Calabazas holds a wind-driven pinwheel and a miniature portrait of a woman, together suggesting the inconstancy of love. (CMA)