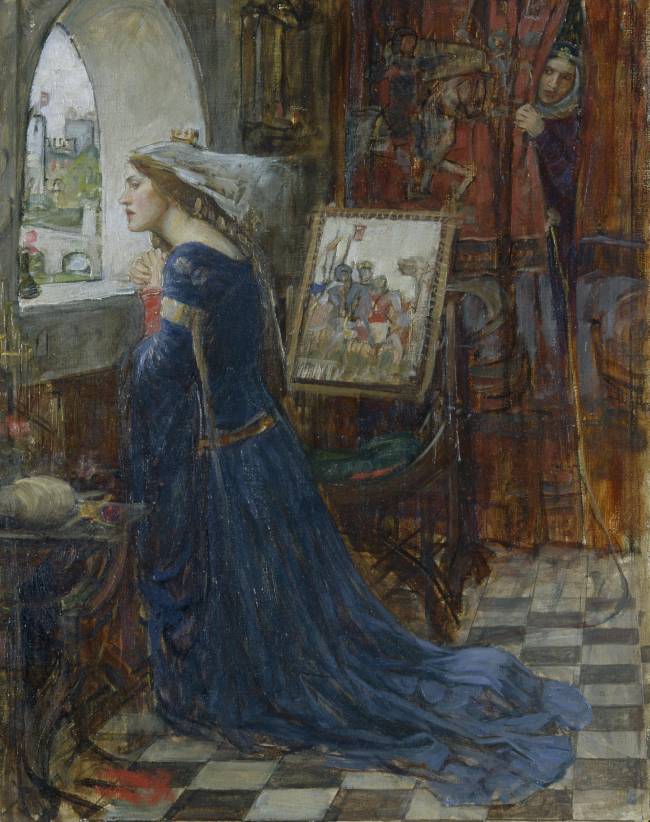 Fair Rosamund kneels in prayer, waiting for her lover King Henry II. From behind the curtain appears the vengeful Queen Eleanor, who has come to poison her rival. The legend was popular among Pre-Raphaelite artists. A late follower of that movement, Waterhouse painted this sketch in preparation for a larger work exhibited at the Royal Academy in 1917. (NMW) 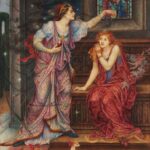 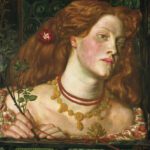 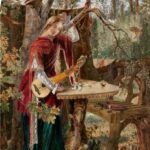 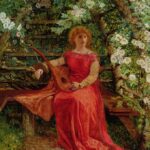