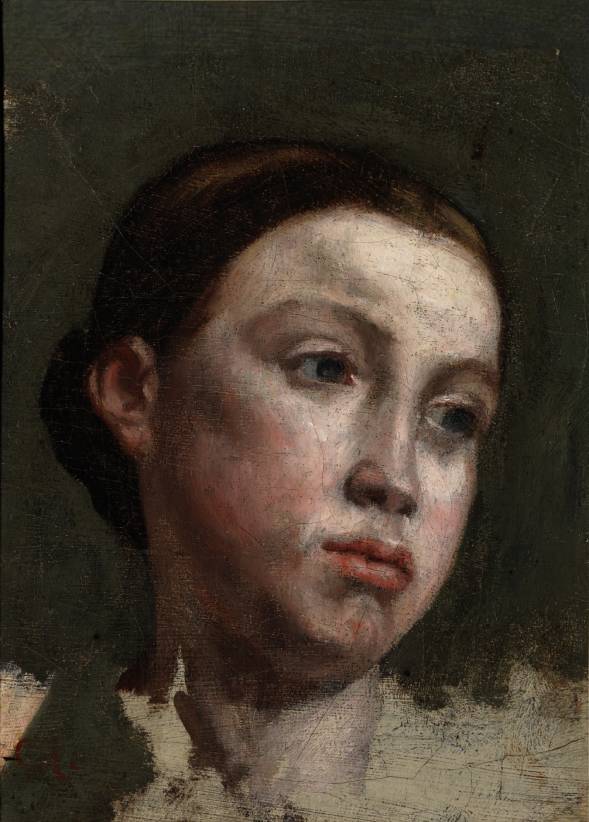 Painted when Courbet was studying in Paris and making his living as a portraitist, this young woman has traditionally been identified as one of the artist’s sisters, but no documentation has been found to support the conjecture. The pale face emerging from a dark background reflects Courbet’s fascination with Rembrandt in the years between his arrival in Paris in 1839 and his trip to the Netherlands in 1846. This work was presumably a sketch, but no finished painting corresponding to it is known. (PUAM)