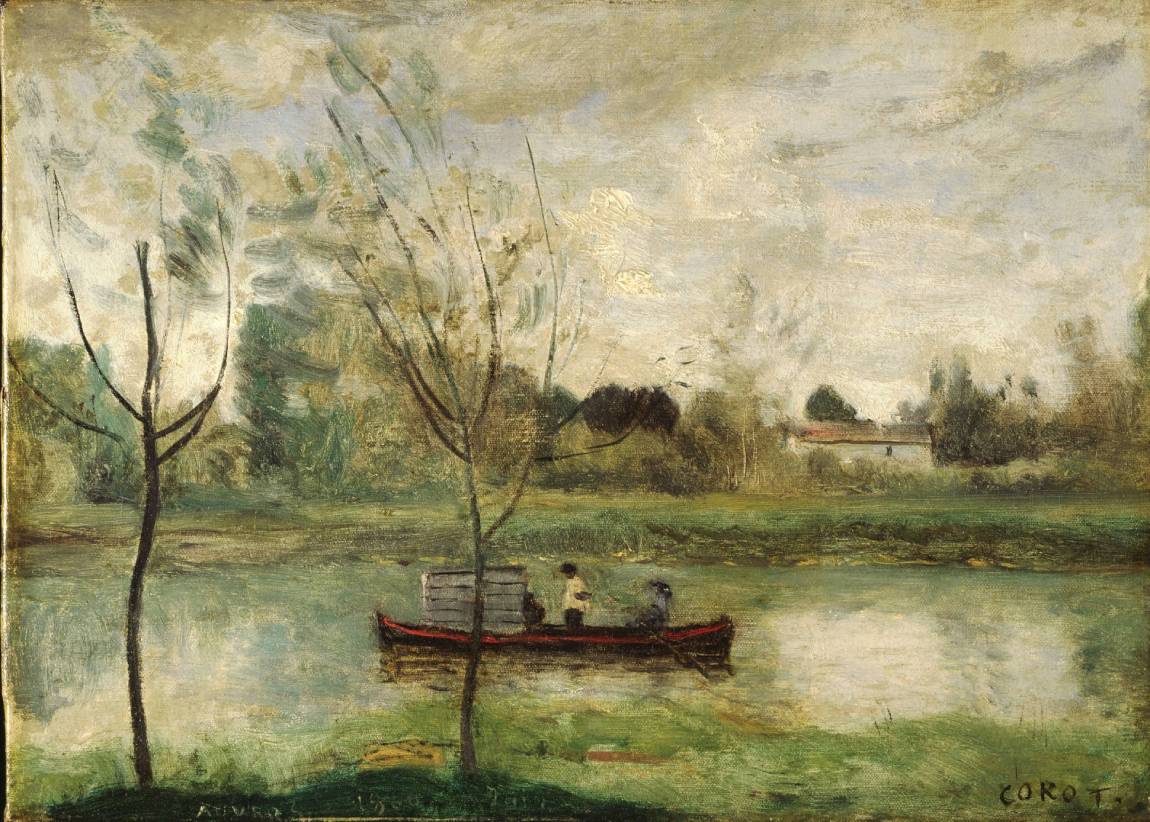 This painting is both a lyrical example of Corot’s late landscape style and a portrait of his younger colleague and friend Charles-François Daubigny. It is inscribed “Auvers, 1860, juin,” the year Daubigny moved to that small town on the Oise River, northwest of Paris; the Oise is a tributary of the Seine, which allowed the painter access by water to a large area, including Normandy. The unseen artist paints in the cabin of le botin (the little boat), his floating studio. His son Karl watches, palette in hand, while another son, Bernard, rows. The painting was traded in an exchange of portraits between Corot and Daubigny, a token of their enduring friendship. (PUAM)