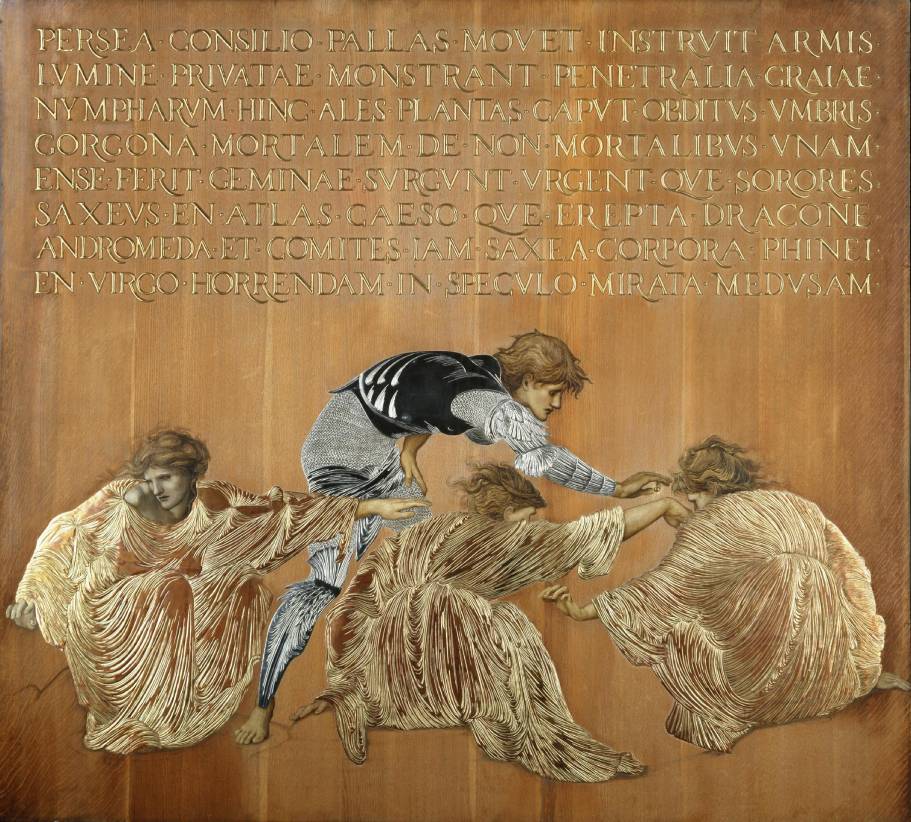 This extraordinary work occupies the boundary between painting and sculpture, and was the centrepiece of one of Burne-Jone‘s most ambitious narrative schemes. This told the story of the Greek hero Perseus, who killed the gorgon Medusa. Six of the ten scenes were to be oil paintings and the others low relief panels.

To find Medusa, Perseus needed the help of the Graiae, three sisters who had only one eye and one tooth between them. Perseus stole the eye while it was being passed between them, and forced them to tell him the way. He stands centrally over the linked, crouching figures of the sisters, and above him is a long Latin inscription which tells the story.

Burne-Jones worked on the panel with his studio assistants and the gesso-specialist Osmund Weeks. However it was not well-received when exhibited at the Grosvenor Gallery in 1878, and Burne-Jones abandoned the remaining low relief scenes. (NMW)