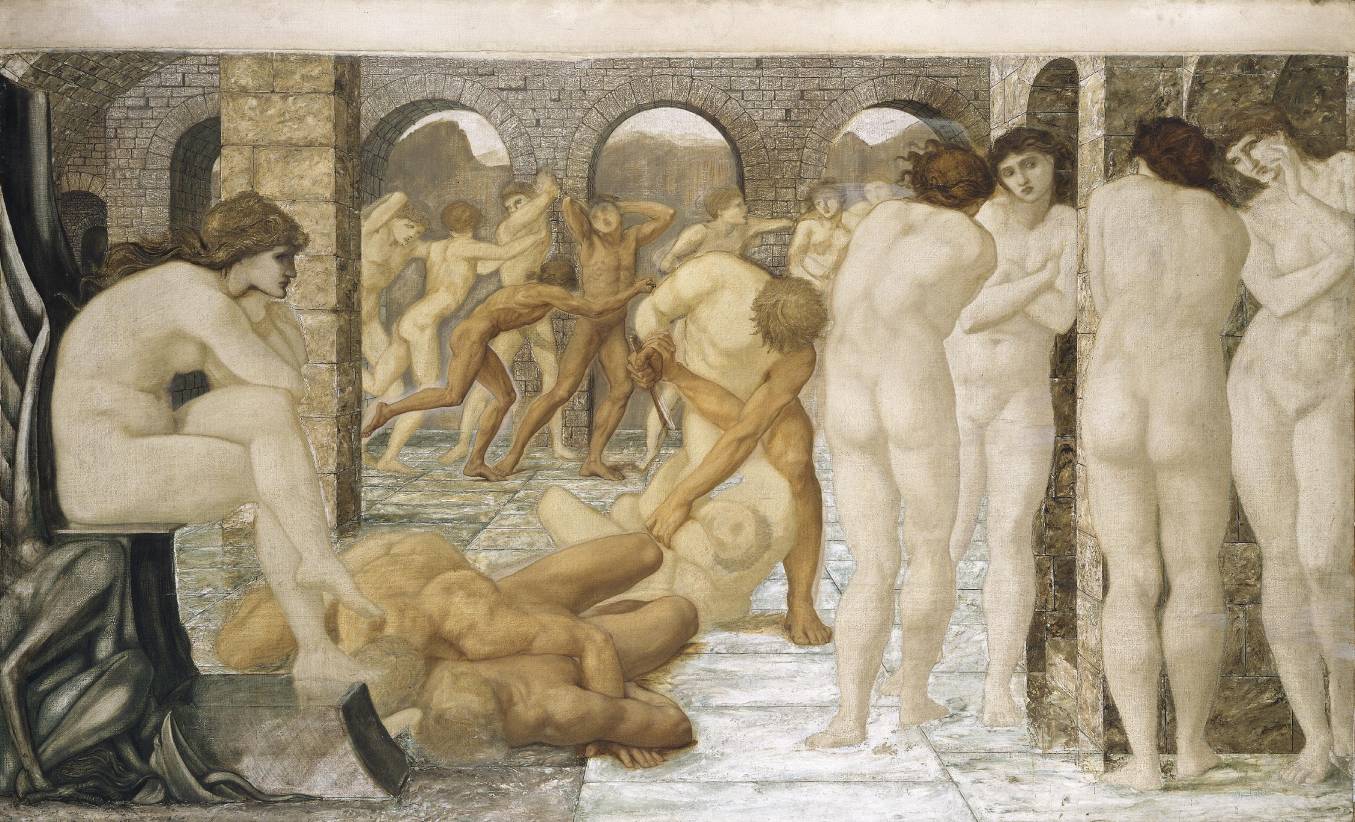 Born in Birmingham, but of Welsh extraction, Burne-Jones was much admired by early twentieth-century Welsh critics. A friend of William Morris and an associate of Rossetti and Ruskin, he became the leader of the second phase of the Pre-Raphaelite movement. Intended as a companion to a composition of ‘Venus Concordia’ this unfinished oil painting depicts Venus presiding over a scene of conflict inspired by the four vices Anger, Envy, Suspicion and Strife. The figures reveal Burne-Jones‘s study of Renaissance art during his third and final visit to Italy. (NMW)