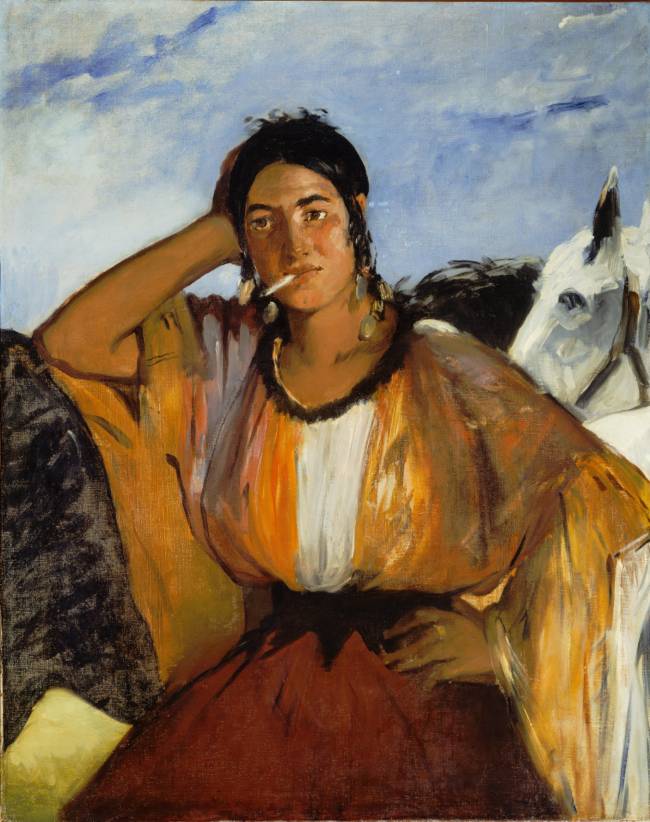 This painting, found in Manet’s studio after his death, was never exhibited, and no indication of its original title has been discovered. Purchased by Edgar Degas, it was listed in early sales as Indian Woman or Mexican Woman. The gypsy designation appeared relatively late but has been accepted. Though a date in the 1860s is traditional — based on comparisons with Spanish dancers whom Manet saw perform at the Paris Hippodrome in 1862 — Juliet Wilson-Bareau recently suggested that the composition is closer to works from the 1870s. (PUAM)