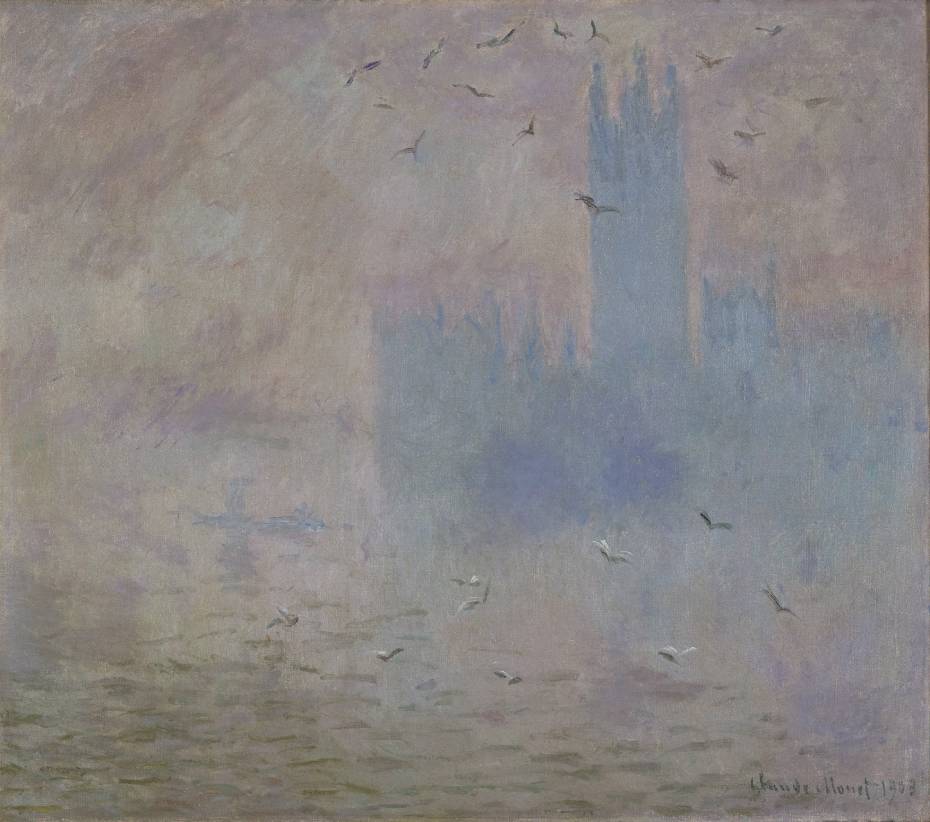 Escaping the Franco-Prussian War, Monet moved to London in the fall of 1870 and stayed until the summer of 1871. Fascinated by the fog, he attempted to capture an atmosphere suffused with moisture, dissolving the distinctions between sky, buildings, and water. During three trips to London between 1889 and 1901, Monet painted many such views. He continued to paint these scenes from photographs when he returned home, eventually producing around one hundred works in all. His favorite sites were on the Thames River: Charing Cross Bridge, Waterloo Bridge, and the Houses of Parliament. (PUAM)