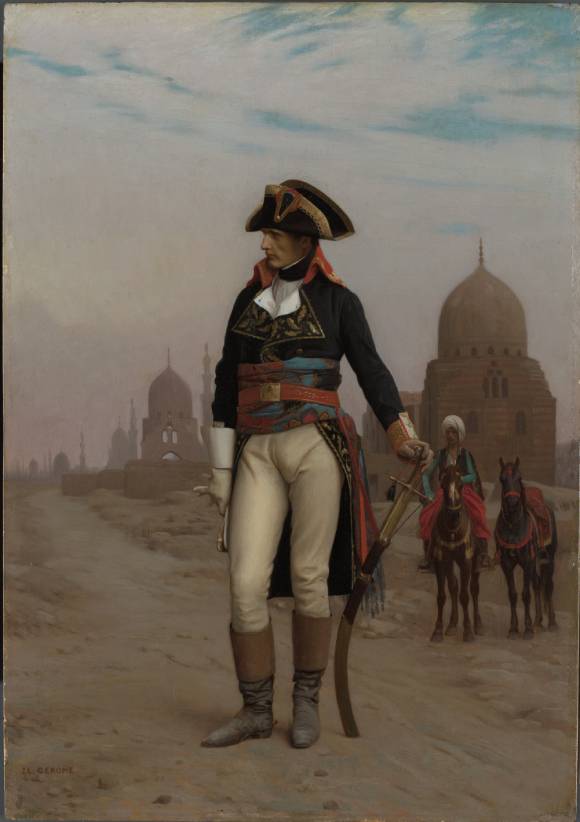 During the Second Empire (1852–70), Napoleon III encouraged the cult of his uncle, Napoleon Bonaparte, whose 1798 Egyptian expedition is illustrated here. Gérôme shows the legendary general before the Mamluk Tombs outside Cairo. Born slaves, these rulers owed their rise to military prowess and would have been a subject for reflection by Napoleon as he surveyed the city below. Gérôme’s Near Eastern scenes, based on his travels to Constantinople, Egypt, and elsewhere, rival photography in their meticulously rendered details. (PUAM)