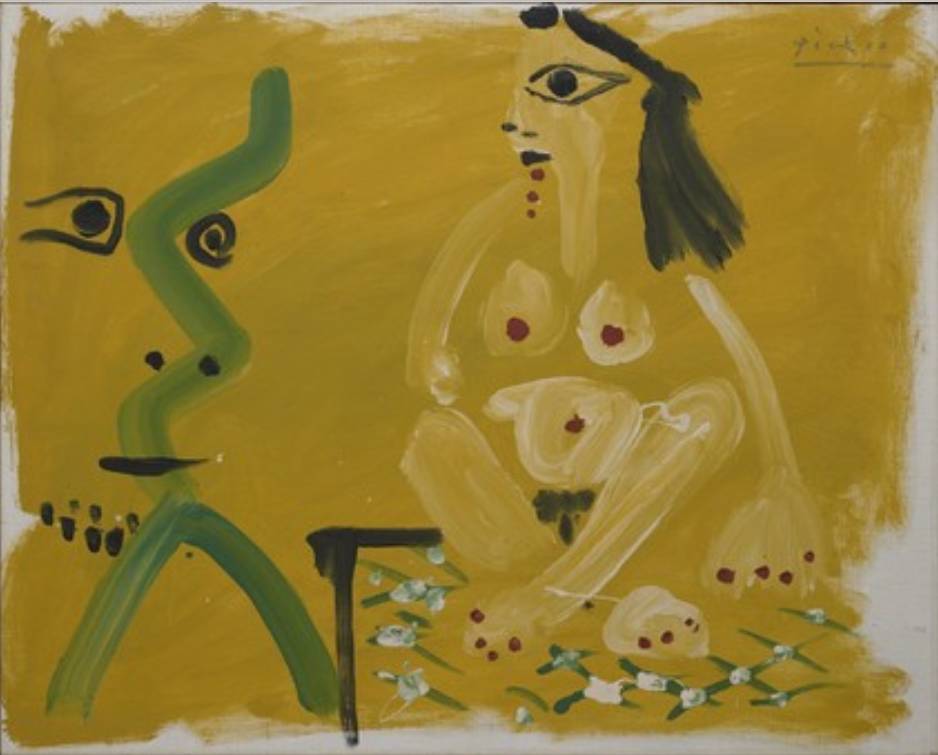 Produced late in Picasso’s career, many years after the Cubist period that defined his early work had concluded, Head of a Man and Seated Nude revisits a theme that long preoccupied the artist: male desire and the female nude. Exceedingly elegant, and executed with an economy of brushwork, the painting features an abstracted female figure sitting on what appears to be a decorative rug. The rug tilts upward instead of receding backward, thereby meeting the picture plane and contradicting the conventions of one-point perspective. The woman’s eyes are locked with those of the man to her left, represented only by a disembodied head. The scene reads like a fantasy—a projection of the man’s mind. Its bright palette, especially the predominance of yellow, reflects the Mediterranean setting that Picasso made his primary residence during and after World War II. (PUAM)