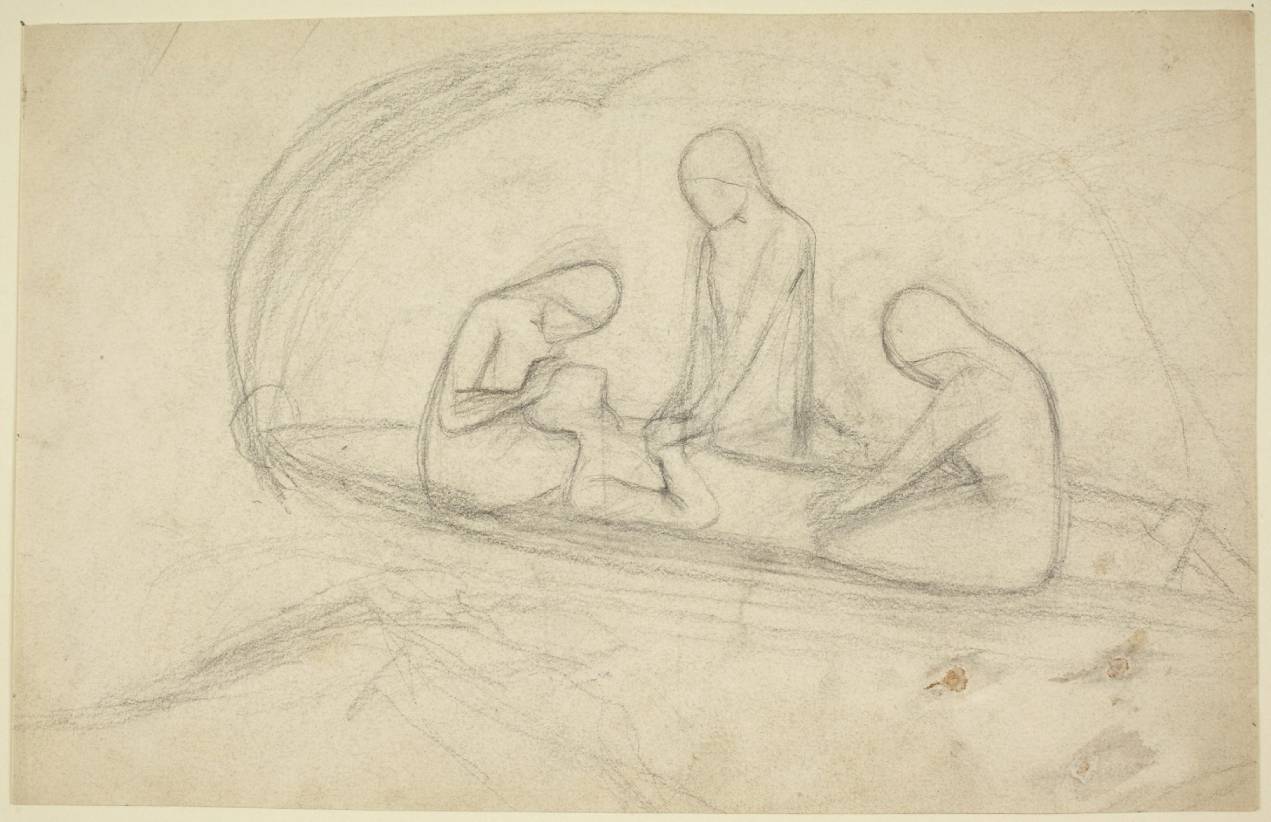 Siddall was an artist, poet, model, and wife of the Pre-Raphaelite painter Dante Gabriel Rossetti. Although this drawing only outlines the event of King Arthur’s death, the tenderness of the scene is palpable in the three women’s attentive poses. Siddall’s sketch may draw upon details from Thomas Malory’s Le morte d’Arthur (1485), in which three queens—Arthur’s half-sister Morgan le Fay, the Queen of Northgalis, and the Lady of the Lake—accompany the ailing king on his barge to Avalon, where they hope he will be healed. Perhaps Siddall also was inspired by Alfred Lord Tennyson’s poem “The Passing of Arthur” (1859), in which the king requests to be placed on his barge and “three Queens put forth their hands, and took the King, and wept.” (PUAM)